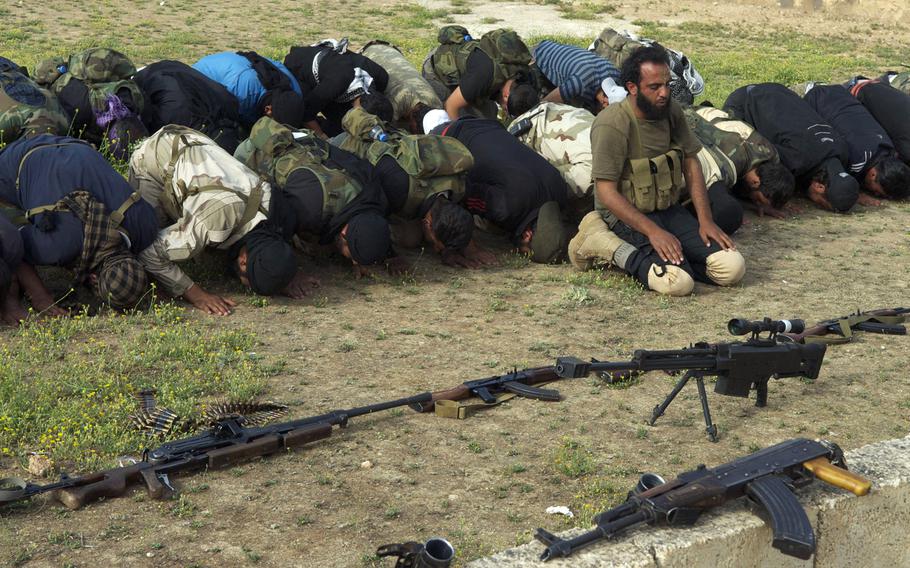 DAMASCUS, Syria — It’s a sweltering Friday night and the brightly lit streets of the mainly Christian neighborhood of Kasaa throb with the rhythms of music and the laughter of scores of young men and women strolling or sitting in outdoor cafes sipping beer or soft drinks.

That is, until the deep rumble of twin 82 mm mortar blasts. The music stops, shops are shuttered, the streets are empty.

Syrian rebels, who are mostly Sunni Muslims, have repeatedly shelled Christian neighborhoods in the city, including Kasaa, with its wide avenues, apartment blocks and leafy parks. The opposition Free Syrian Army claims it strikes only government targets, but constant shelling of the civilian quarter suggests otherwise.

Over the past year, many Christians have fled the neighborhood, moving to other areas of the capital or into neighboring Lebanon. Some who remain say they fear the rebels are aiming to achieve “ethnic cleansing” — the policy of eliminating unwanted ethnic or religious groups by terror that gained international notoriety during the Bosnian war 20 years ago.

Many Syrian Christians say they fear becoming victims of the same kind of targeted anti-Christian violence that resulted from the U.S. invasion of Iraq in 2003. This persecution, known here as the “American solution,” caused a massive exodus — of the 1.5 million Christians who lived in Iraq in 2000, less than 300,000 remain today.

“The terrorists are trying to push the Christians out of this area,” said Isan Bahri, the 44-year-old owner of a mechanical shop in the Kasaa district of eastern Damascus that the rebels have been trying to capture. “They are not shooting at the army, they are intentionally aiming for civilians.”

The attacks fit an emerging pattern where fighters of the Free Syrian Army, and other jihadist elements, have targeted civilian members of Syria’s various minority groups — primarily Alawites who traditionally supported the government of President Bashar al-Assad, himself an Alawite. But other groups, including the Kurds, Druze and Christians, who together with the Alawites make up a quarter of Syria’s 22.5 million people, are also seen as supportive of the secular government and therefore viewed as enemies. This week, some 30,000 Syrian Kurds fled into Iraq’s Kurdistan region saying they were being killed by jihadists targeting the minority.

What appears to be a deliberate campaign against these groups poses serious dilemmas for the Obama administration and European nations such as Britain and France, which have planned to support the pro-democracy forces by providing advanced weaponry. They are already grappling with the problem of how to ensure that those arms will not end up in the hands of Jabhat al-Nusra — the al-Qaida-affiliated group that emerged as the most effective and capable of the rebel forces — and the increasing attacks on minorities by insurgents creates an additional quandary.

Although many members of Syria’s ethnic and sectarian groups are in fact secular, approximately three-quarters of the population is nominally comprised of Sunni Muslims. Alawites make up about 11 percent, Christians of various denominations — including Greek Orthodox, Syriac Orthodox, Maronite, Syrian Catholic, Roman Catholic and Greek Catholic — another 10 percent, and the Druze and Shiite contribute 3 percent and 2 percent, respectively, to the total.

At the start of Syria’s troubles in March 2011 many members of the minorities, including Alawites, supported the calls for reform and more political freedoms. But as the conflict intensified, opposition ranks became more and more dominated by radicalized members of Syria’s Sunni majority and jihadist fighters who started joining the rebellion in large numbers.

Today, the conflict has morphed into a full-fledged civil war in which more than 100,000 people have perished. The most capable units on the rebel side — those spearheading the fight against the secular government — are composed of Islamist militants, many of whom fought U.S. forces in Iraq. The militants now accuse Christians of being supporters of Assad’s regime.

“They have threatened to cut our throats,” said Bahri, a Roman Catholic. “I love my country, but if it means having the terrorists slaughter me, my wife and our two boys, I’d rather escape to Lebanon.”

These ancient Christian communities, some of the oldest in the world, have generally been protected by successive Syrian governments, including Assad’s. But that security was lost when rebel factions began mounting increasingly ferocious attacks on them throughout the country.

Large numbers of other minorities also have suffered at the hands of rebels belonging to al-Nusrah. This week, some 30,000 Kurds fled across Syria’s northeastern border into Iraq to escape clashes between the radicals and Kurdish militias.

When the insurgents occupied the strategic central town of Qusair in 2012, about 7,000 Catholics were forced out and their homes were looted, said Fadia Laham, mother superior of a convent north of Damascus belonging to the Greek Catholic Order of Unity of Antioch.

Another 200,000 Christians have fled the northern city of Aleppo, she said. Many moved to Damascus, Lebanon, or some Western countries where Syria’s Christians tend to integrate easier than Muslims.

“People who are willing to stay with the status quo and who support a secular Syria under Assad’s rule will have problems with the Free Syrian Army, no questions about that,” said Rami Khouri, director of a policy institute at the American University of Beirut.

Laham said the rebels had committed “awful acts” against Christians, including beheadings, rapes and murders of pregnant women.

“The aim of these barbarian acts is to foster sectarian hatreds and so destabilize Syria,” she said, explaining that although the Christians do not support Assad’s government, they do support the Syrian state and the country’s unity.

Almost all of the 50,000 Christians in the conflict-torn city of Homs fled violence and persecution by “fanatics” with links to al-Qaida, the Catholic News Agency reported. And the Catholic charity Aid to the Church in Need said al-Qaida-linked militant groups’ were conducting “ongoing ethnic cleansing” of Christians in Syria’s central region.

“The U.S. has been deceiving us that the death of Osama bin Laden meant the death of al-Qaida,” said Mata el-Khouri, a bishop of the Syrian Orthodox Church. “They are more active now than ever before. As to what they would do to the Christians (if they came to power), the answer is clear.”