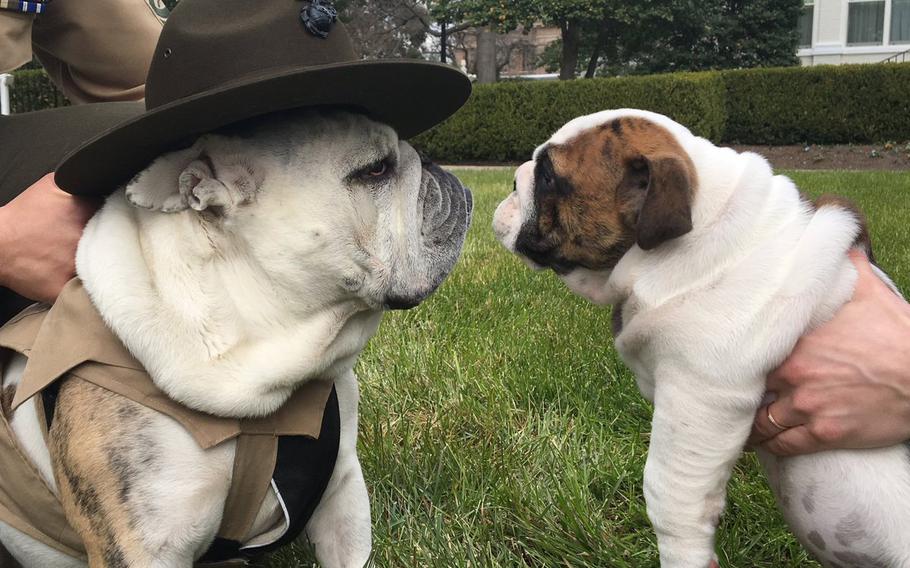 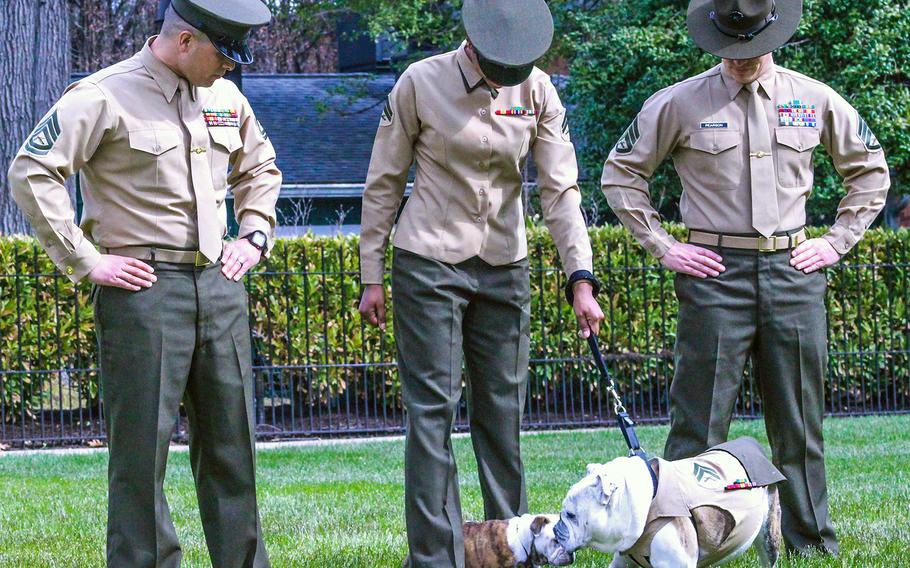 The English bulldog mascots have been a fixture at the Marines' oldest active post since July 5, 1957, when the first Chesty — named in honor of the legendary Lt. Gen. Lewis B. "Chesty" Puller Jr. — made his first public appearance.

The most recent — Chesty XIV — has been on duty since April, 2013. The puppy starts training next week to replace Chesty XIV for the upcoming Parade Season.