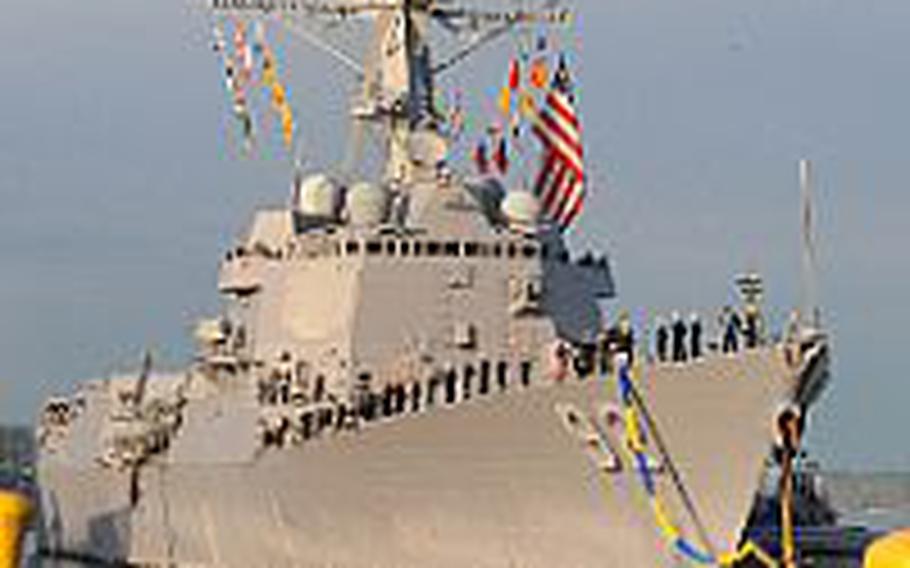 YOKOSUKA NAVAL BASE, Japan &ndash; The former skipper of the destroyer USS Momsen will face a court-martial Friday on charges that he raped and assaulted subordinates, according to a media report.

In April, Wylie was relieved of duty for &ldquo;loss of confidence in his ability to command stemming from allegations of misconduct,&rdquo; Navy officials said at the time.

The charges stem from two incidents, according to the Navy Times report.

On Dec. 31, the charges allege, Wylie fondled a junior officer while at a bar during a port visit in the Seychelles islands, according to the report. At the time, he was the 10th commanding officer relieved by the Navy in 2011, a number that has doubled since then.

The charges also state that Wylie engaged in &ldquo;unduly familiar conduct&rdquo; with an enlisted sailor in his cabin after drinking heavily on April 25 at Naval Magazine Indian Island, Wash., according to the report.

Wylie had been temporarily assigned to Commander, Naval Surface Forces Pacific while awaiting the results of the investigation into his conduct.

As of Thursday, 20 Navy officers have been relieved of their commands, three more than all of 2010. Eight of the officers fired this year, including Wylie, have been the skippers of ships or submarines.

Five years ago, after the Navy experienced a similar uptick in firings, the Inspector General reviewed dismissals between 1999 and 2004 to determine whether systemic factors contributed to the removals.

That study recommended counseling changes and a course at command school to better prepare its leaders, but found no predictors of who would fail as a commanding officer.

Navy officers are promoted to their commands by screening boards within their professional community; for example, a board of between 13 and 17 captains and admirals would select the captain of an aircraft carrier.

The screening boards rely entirely on fitness reports and supporting documentation, which some believe makes the process more objective, officers told Stars and Stripes last year when asked about how flawed officers were obtaining high-profile commands.

The boards do not speak with anyone who worked with each prospective candidate. The officers promoted to command never receive a job interview, which some officers believe might reveal some of the flaws in some of the commanders that ultimately fail.