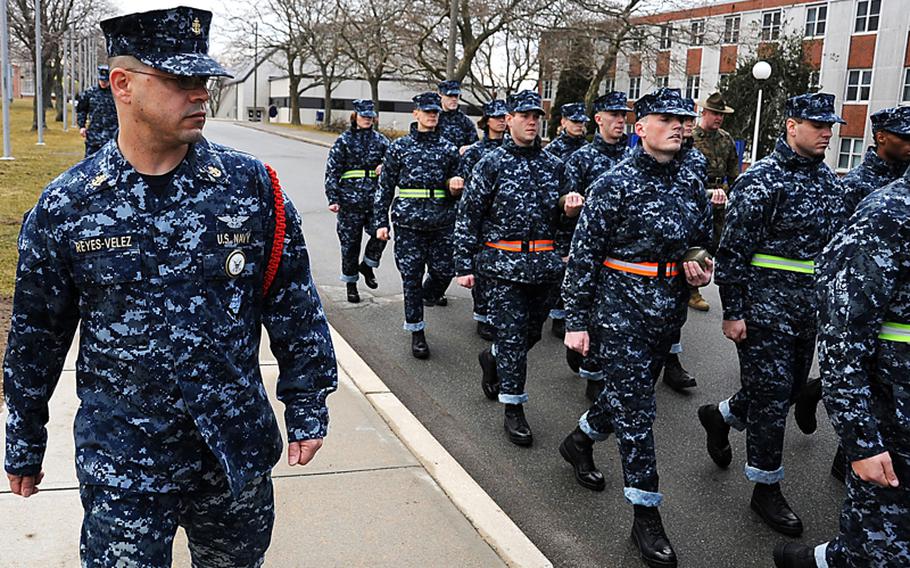 YOKOSUKA NAVAL BASE, Japan &mdash; The Navy is standardizing the way it evaluates prospective commanding officers, to include assessments from peers and subordinates for mid-level ship officers, according to an order issued earlier this month by Chief of Naval Operations Adm. Jonathan Greenert.

The June 4 instruction makes command leadership school mandatory and sets servicewide standards for command qualifications that had been left up to the myriad officer communities within the Navy.

The directive comes in the wake of dozens of dismissals of commanding officers in recent years. Ten commanding officers have been relieved this year for problems ranging from mishandling classified materials to extramarital affairs and personal misconduct. Another 23 commanders were relieved in 2011.

The biggest change comes within the Navy&rsquo;s surface warfare community, where department heads will be subject to a 360-degree evaluation pilot program beginning no later than June 2013, according to the instruction. Although details of the program have not yet been announced, 360-degree evaluations typically include input from subordinates and peers, as well as supervisors.

In 2004, the Surface Warfare Commanders Conference agreed to a three-year pilot program for a small percentage of its officers, in order to judge whether to implement the idea servicewide, according to Navy documents.

The 360-degree idea has since been used in the Navy as a counseling tool, but has not generally factored into decision of whether an officer is fit for command.

The instruction did not discuss whether the evaluation could be included during a command screening board. Board deliberations are typically kept secret.

In a 2010 Stars and Stripes story examining the Navy&rsquo;s promotion system, most officers disagreed with the idea of having their leadership rated by subordinates, and one master chief petty officer said he did not feel he could give an honest evaluation without fear of reprisal.

Retired Capt. Mike Abrashoff, who supported 360-degree evaluations, said at the time that consulting subordinates aided him when he decided not to recommend his executive officer for command.

&ldquo;I wanted to make sure I was seeing it from every angle,&rdquo; said Abrashoff, who commanded the USS Benfold and now works as a corporate consultant and author. &ldquo;Nobody knows the effect of leadership on a crew better than a command master chief.&rdquo;

The pilot 360-degree evaluation program will be assessed for effectiveness in 2014, according to the instruction.

Greenert&rsquo;s instruction also requires commanders who recommend executive officers for command to explain their decisions in detail within an official certification &mdash; a move that could later raise questions about that commander&rsquo;s judgment, should the executive officer later be relieved.

The instruction requires the commanding officer making the recommendation to &ldquo;discuss the executive officer&rsquo;s demonstrated leadership performance, personal behavior both on and off duty, and other professional characteristics&rdquo; as part of the certification.