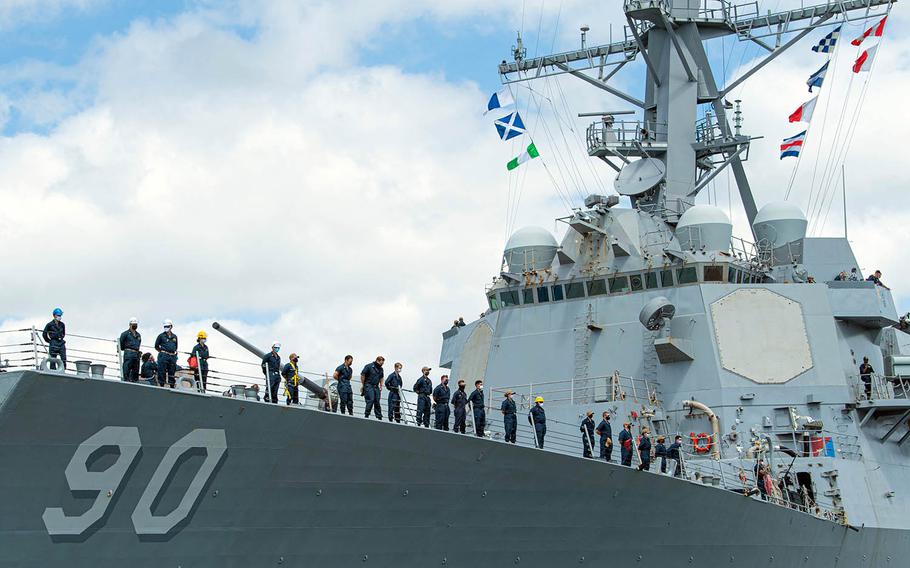 FORT SHAFTER, Hawaii — The entire crew of the guided-missile destroyer USS Chafee is undergoing testing for the coronavirus after about a dozen sailors were found to be infected, the Navy said Friday.

The warship, which carries roughly 350 sailors, arrived on Jan. 23 in San Diego from its homeport in Hawaii for training.

The “approximately” one dozen sailors who tested positive were moved off the ship, 3rd Fleet spokesman Cmdr. Sean Robertson wrote in a statement Friday.

“Individuals who were in close contact with those Sailors are also off the ship and are in quarantine while they monitor for any symptoms,” he said.

None of the infected sailors have been hospitalized, Robertson said.

“The ship remains able to meet its mission,” he said.

Testing of the entire crew was being conducted Friday to “reassure Sailors and their families,” he said.

The Navy Times reported Thursday it had obtained an internal document from the Chafee indicating that 41 sailors were listed as either positive with the virus or a close contact of someone who was infected.

The Navy Times quoted one Chafee petty officer, who had requested anonymity over fear of retribution, saying the coronavirus outbreak began during the transit from Hawaii and that the galley had been closed for about a week.

“Before pulling into San Diego we had seven people in quarantine and three tested positive, all the cooks that came into contact with the whole crew,” the sailor told the Navy Times.