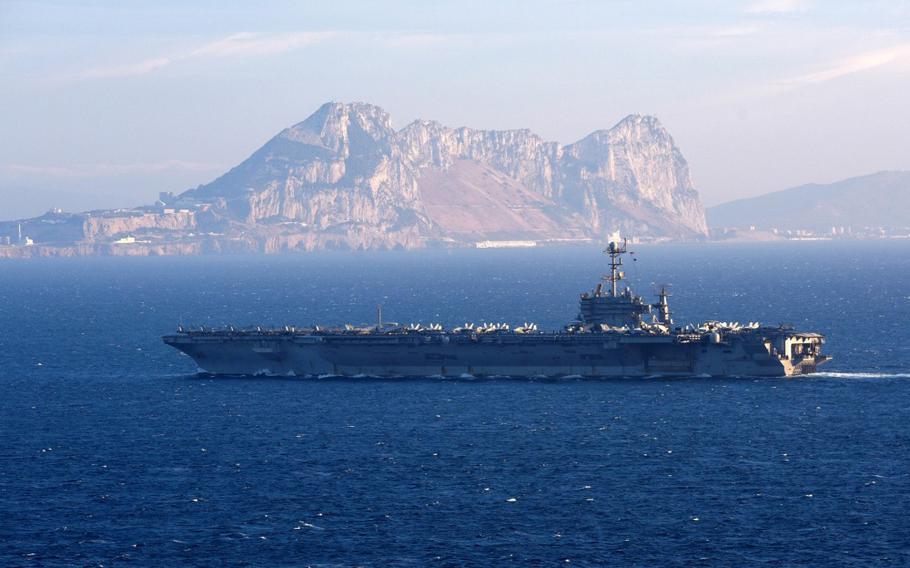 The Nimitz-class aircraft carrier USS Harry S. Truman (CVN 75) transits from the Mediterranean Sea through the Strait of Gibraltar into the Atlantic Ocean on June 28, 2018. (Thomas Gooley/U.S. Navy)

The USS Harry S. Truman passed through the Strait of Gibraltar on Thursday, June 28, 2018, and is operating in the Atlantic according to a report in the U.S. Naval Institute News.

According to the Navy, the Truman departed Marseille, France, on June 26, after a five-day port visit.

The Truman had been operating in the Mediterranean, and while in the eastern Med, the aircraft carrier launched sorties in support of operations against the Islamic State.

The Truman is homeported in Norfolk, Va., and is currently deployed in the U.S. 6th Fleet area of operations supporting maritime security operations and U.S. national security interests.