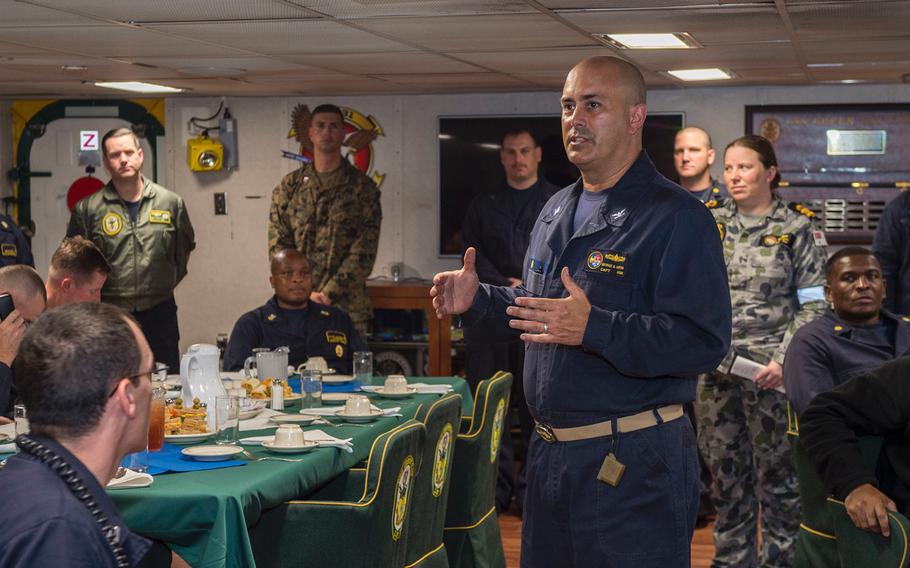 YOKOSUKA NAVAL BASE, Japan — The commander and deputy commander of the Navy’s Japan-based amphibious squadron have been relieved of their duties, the Navy announced Sunday.

Amphibious Squadron 11 commander Capt. George Doyon was relieved for mishandling complaints from his staff about harassment from the unit’s deputy commander, Capt. Jeff Oakey, over a yearlong period, a statement from the service said.

Oakey was relieved from his position for “substandard performance of duty.”

Both officers were relieved Saturday by Expeditionary Strike Group 7 commander Rear Adm. Brad Cooper and have been temporarily assigned to other jobs at Sasebo Naval Base, Japan, the statement added.

Doyon took charge of the unit in January 2017 after serving as its deputy commander.

Seventh Fleet spokesman Cmdr. Clay Doss told Stars and Stripes the harassment claims against Oakey were not sexual in nature.

“Most of our commanders complete their tours with distinction, but all are expected to meet high standards of leadership, reliability and responsibility, and the Navy holds them accountable when those standards aren’t met,” he said.