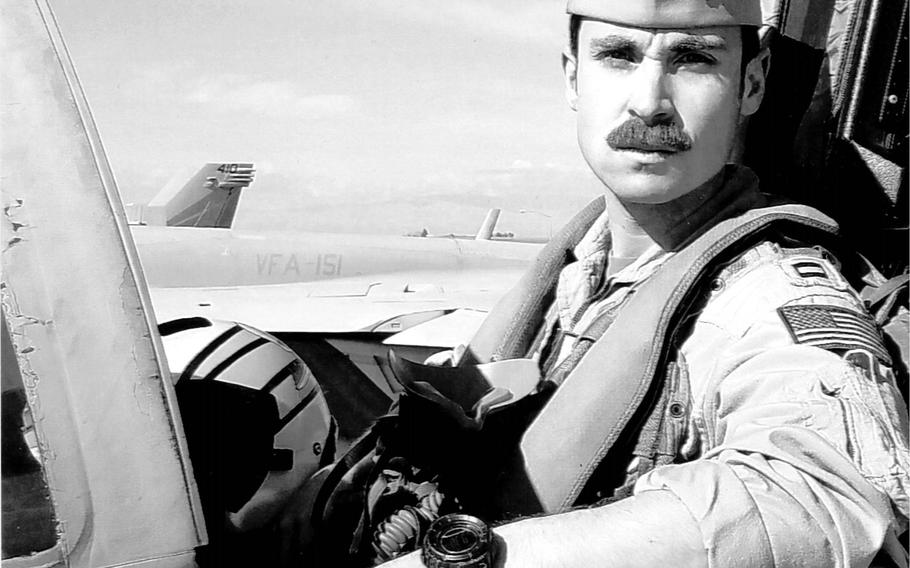 WASHINGTON — A 33-year-old Navy lieutenant was killed Wednesday when the F/A-18E Super Hornet fighter jet that he was piloting through a Death Valley canyon crashed into a ravine wall at high speed, Navy officials said Friday.

The service identified the pilot as Lt. Charles Z. Walker from Strike Fighter Squadron 151, also known as the Vigilantes, which is based at Naval Air Station Lemoore in California. Walker was described as an “incredible naval aviator,” a son and a husband by the commander of Strike Fighter Wing Pacific, Navy Capt. James Bates.

“He was an integral member of the Vigilante family and his absence will be keenly felt on this flight line,” Bates said in a statement released Friday afternoon. “Our aviators understand the risk associated with this profession, and they knowingly accept it in service to our nation. The untimely loss of a fellow aviator and shipmate pains us all. Our heartfelt condolences go out to his family and friends.”

Walker was commissioned a Naval officer in December 2008 through the Navy ROTC program at Embry Riddle Aeronautical University in Florida, and he completed flight school in September 2009, according to his service records.

The Navy declared Walker dead Thursday, more than 24 hours after his Super Hornet crashed during a routine training flight through a section of Death Valley National Park known as Star Wars Canyon. The ravine is a popular spot for tourists and photographers to watch U.S. military jets speed through the gorge, which takes its nickname from its colorful rock walls reminiscent of Star Wars hero Luke Skywalker’s native planet of Tatooine.

The service initially launched a search-and-rescue effort following the crash, but it was called off after an initial investigation determined Walker did not escape the jet before impact. Witnesses described the Super Hornet, a supersonic fighter and attack jet that can be launched from land or an aircraft carrier, as running into the rock wall at high speed with an impact reminiscent of a bomb. Photographs of the aftermath showed the plane was completely destroyed.

Navy officials said Friday that an investigation into the mishap was ongoing and they had yet to determine what caused the crash, the first reported F/A-18 wreck in 2019.

Navy officials said pilots from its service and other military branches regularly fly through Star Wars Canyon. The Associated Press had reported that planes weave through the ravine at speeds up to about 300 mph, flying as low as 200 feet off the ground.

The site of the wreck is about 40 miles from the Navy’s largest landholding, the Mojave Desert testing range known as Naval Air Weapons Station China Lake. The Navy has used that installation, about 125 miles north of Los Angeles, to develop dozens of rockets and missiles since the 1940s on a pair of massive training ranges that cover more than 1 million square acres.