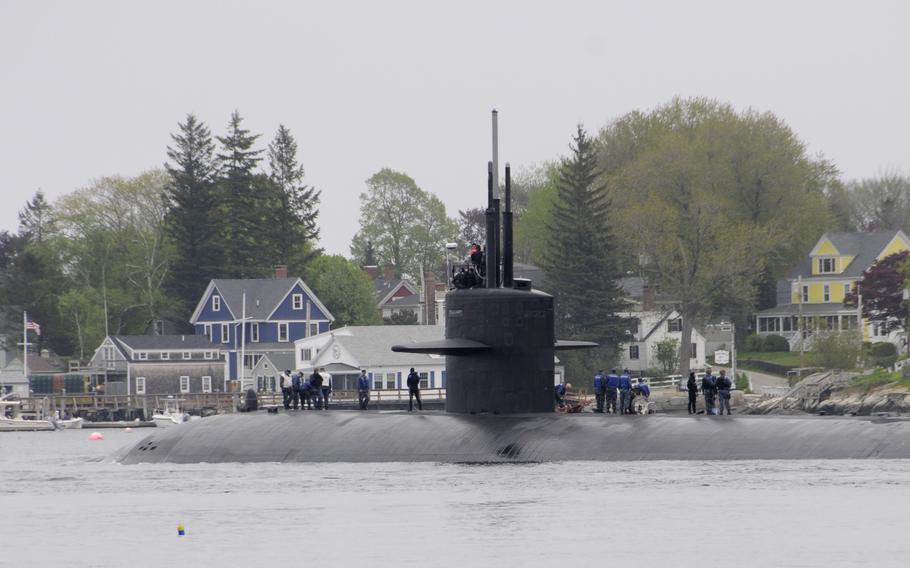 KITTERY, Maine — A key element of a $1.7 billion modernization effort at Portsmouth Naval Shipyard was utilized for the first time with the docking of the USS Cheyenne, Navy officials said Friday.

The so-called super flood basin is akin to a navigational lock that upgrades the shallowest of the shipyard's dry docks, allowing submarines to enter independent of tides and without buoyancy.

It performed exactly as it was designed to do.

Capt. Michael Oberdorf, shipyard commander, called it "a major milestone for Portsmouth Naval Shipyard" by helping to ensure the shipyard has the right capabilities to support the submarine fleet.

"It took a great deal of planning and construction work to get us where we are today," Oberdorf said Friday in a statement.

The Navy confirmed the first usage of the overhauled dry dock system a day after a ribbon cutting.

The seven-year project will eventually allow two submarines to utilize the Dry Dock 1 simultaneously. It also will accommodate Virginia-class attack submarines, in addition to the Los Angeles class.