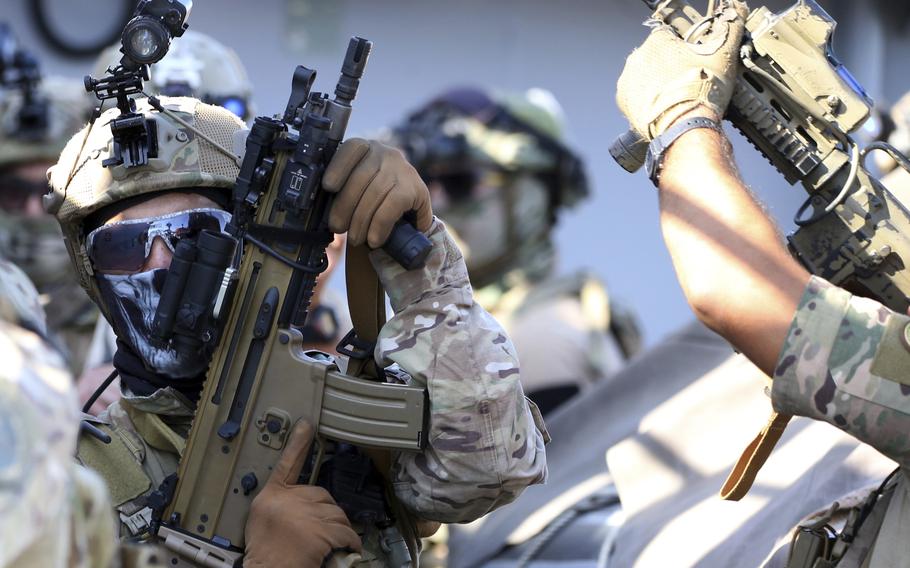 The exercise involved teams of U.S. and Cypriot special forces re-taking a ship controlled by terrorists.

Cypriot Defense Minister Charalambos Petrides said after the drill that Cyprus and the U.S. are on the same "strategic path" to ensure security and stability in a turbulent region.

He said close cooperation between the two countries' special forces in the past two years aims to achieve peak preparedness in order to deal with "asymmetrical threats and emerging crises."

U.S. Ambassador to Cyprus Judith Garber said more joint drills will follow in the near future.

The U.S. decided for the first time last year to provide military education and training funding to Cyprus following Congressional approval as part of Washington's push to enhance ties with countries in the region in order to boost security.

The funding is part of the Eastern Mediterranean Energy and Security Partnership Act that U.S. legislators approved in 2019. The legislation underscores U.S. support for a partnership between Greece, Cyprus and Israel founded on recently discovered offshore gas deposits in the region.

The Act also partially lifts a 1987 U.S. arms embargo on Cyprus that was imposed to prevent an arms race that could hamper efforts to reunify the ethnically divided island nation.