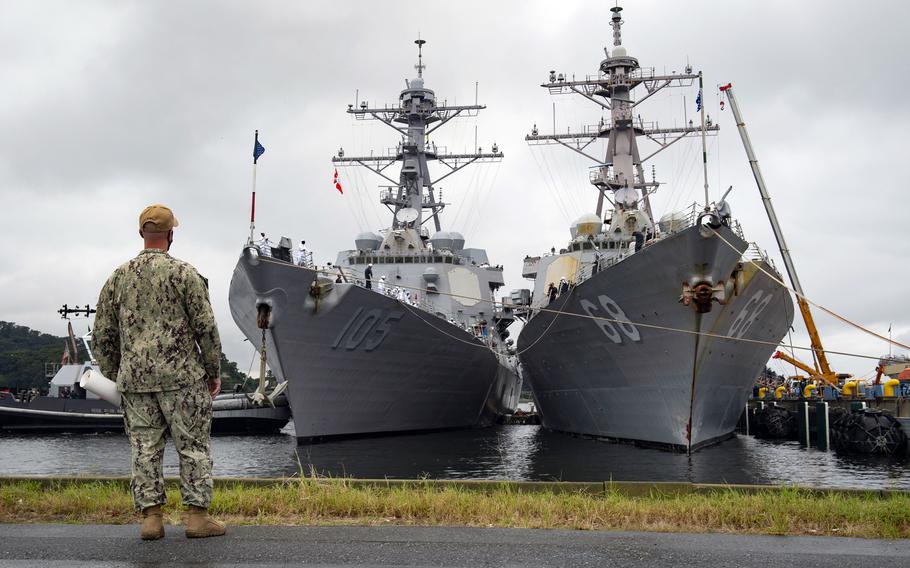 YOKOSUKA NAVAL BASE, Japan – The guided-missile destroyer USS Dewey, formerly of San Diego, pulled into its new homeport Wednesday, the largest U.S. naval base in the Far East.

The Dewey is the third destroyer to arrive at the naval base in the past month. The USS Higgins and USS Howard docked Aug. 16 as replacements for the USS McCampbell and the USS Stethem, both of which left for modernization.

The Dewey will join Task Force 71, Destroyer Squadron 15, a surface warfare command based out of Yokosuka that also serves as the sea combat command for the Ronald Reagan Carrier Strike Group, according to the Navy.

The Dewey left San Diego on Aug. 3 as part of the Carl Vinson Carrier Strike Group, after which it participated in the Navy’s Large-Scale Exercise 2021.

Commissioned in 2010, the ship has seen service in the Western Pacific. In 2018, the Dewey sailed alongside the Wasp Expeditionary Strike Group as part of its first patrol of the Indo-Pacific region.

The Dewey also visited the South Korean island of Jeju in 2017, one of several ships deployed to the area that year amid rising tensions with North Korea.

The destroyer is the third vessel named after the former Navy admiral George Dewey, who’s known for a major 1898 victory in Manila Bay during the Spanish-American War.