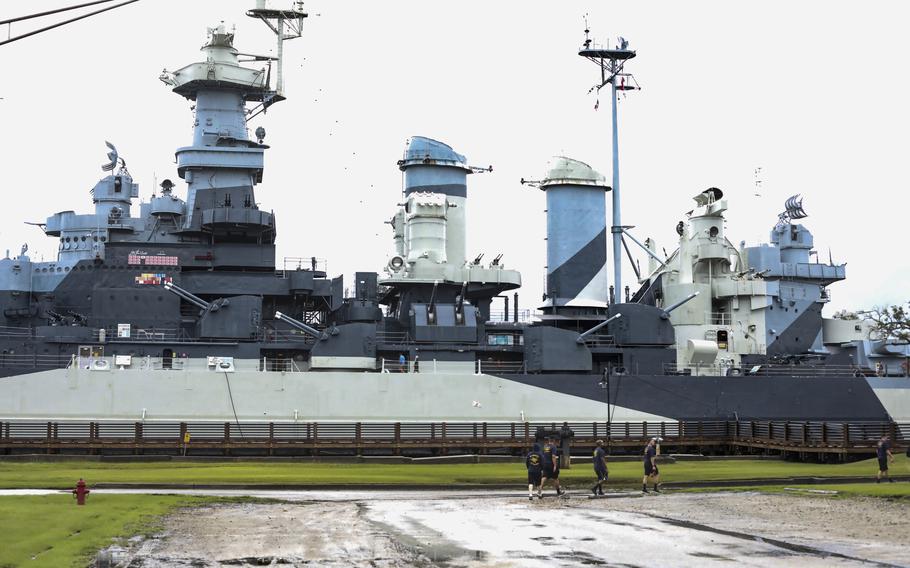 WILMINGTON, N.C. — A nearly four-year project to repair the hull of the USS North Carolina battleship was officially completed Tuesday with water from the Cape Fear River flooding the temporary barrier surrounding the ship.

A Wilmington-based company cut and replaced steel on the bow and also repainted affected areas of the hull, news outlets reported.

The $11 million project began in August 2016 with the construction of a cofferdam to surround the battleship, which allowed crews to drain the river water and have access to the ship's brittle hull. With the cofferdam construction wrapping up in May 2018, work to replace the steel at the ship's water-wind line began in June 2020.

Atlantic Coast Industrial Marine Construction, a Wilmington-based company, cut and replaced steel on the bow, as well as repainted affected areas of the hull, according to a release on the battleship's website. Money for the repair came from fundraising effort to aid in restoration and maintenance of the battleship and its facilities.

The battleship arrived in Wilmington in 1961 after serving in World War II. It's suffered over 50 years of corrosion from the Cape Fear River and plans to repair the ship's hull have been on the table since at least 2010.