Navy wraps up its 25th year of CARAT drills with Thailand 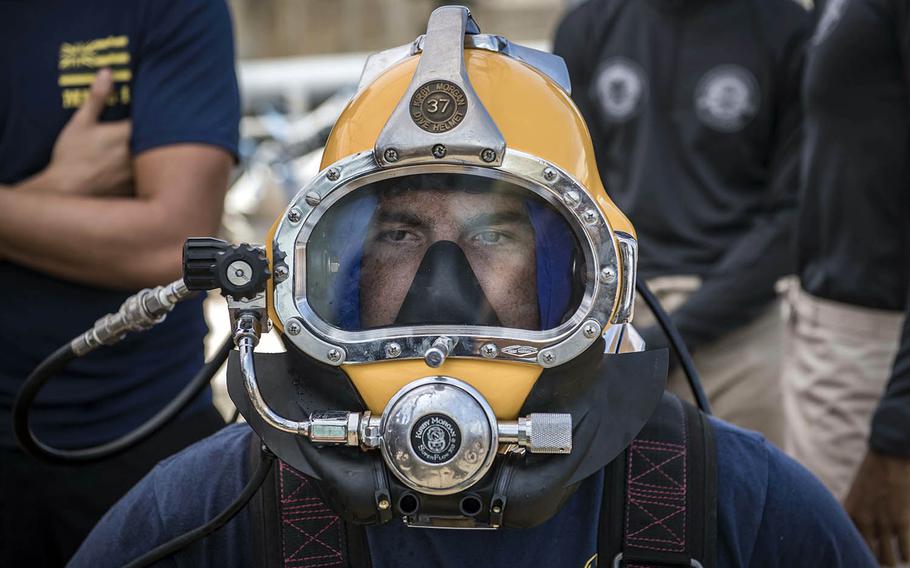 A U.S. sailor assigned to Mobile Diving and Salvage Unit 1 prepares for a dive with the Royal Thai Navy while aboard the Military Sealift Command salvage ship USNS Salvor during Cooperation Afloat Readiness and Training at Sattahip Naval Base, Thailand, June 4, 2019. (Joshua Mortensen/U.S. Navy)

A U.S. sailor assigned to Mobile Diving and Salvage Unit 1 prepares for a dive with the Royal Thai Navy while aboard the Military Sealift Command salvage ship USNS Salvor during Cooperation Afloat Readiness and Training at Sattahip Naval Base, Thailand, June 4, 2019. (Joshua Mortensen/U.S. Navy) 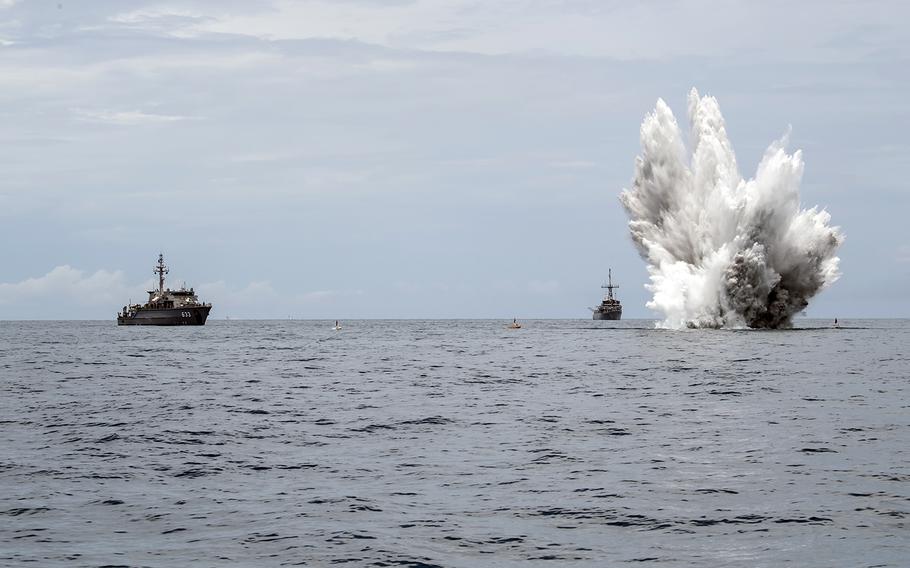 The United States recently concluded its 25th year of Cooperation Afloat Readiness and Training, or CARAT, drills with the Royal Thai Navy.

The 11-day exercise — which wrapped up Saturday with a ceremony aboard the USS Antietam at Sattahip Naval Base, Thailand — was the latest leg of this year’s series of shore-based exchanges and operational drills with several Southeast Asian nations. They feature a wide range of naval operations, including surface, undersea, aviation and amphibious warfare.

The Navy cut short the first round of CARAT exercises, in Sri Lanka, following a series of bombings April 21, Easter Sunday, at churches, public buildings and hotels that killed as many as 250 people and were blamed on Islamic terrorists. The exercise is expected to continue into the summer with stops in Brunei and Bangladesh.

“For 25 years, we have worked together, shared knowledge and expertise, and have greatly improved our [ability to work with each other] — we’re stronger together.”

The U.S. in 2014 suspended its participation with Thailand in CARAT and scaled down another bilateral exercise, Cobra Gold, after a Thai military coup that year upended a democratically elected government and turned control over to a junta, according to The New York Times. The U.S. resumed the exercises with Thai forces the following year.

This year, more than a dozen ships and aircraft from the two navies took part in a wide range of at-sea and ashore training held throughout the exercise.

“Our U.S. and Thai Sailors working together to share information are exercising an important capability and building relationships,” Tynch said. “Trust is critical to generating maritime domain awareness — which is the bedrock of rules-based order in this region.”

Marines from the Darwin task force in Australia and their Thai counterparts participated in jungle survival training, and the U.S. Coast Guard conducted hands-on visit, board, search and seizure drills, the statement added.

“It’s very exciting to have the opportunity to operate at sea with our Royal Thai Navy counterparts because it is something you just can’t simulate,” Capt. Adrian Ragland of Mine Countermeasures Squadron 7 said in the statement. “The experience was invaluable, and I can say with confidence that both sides took away a lot of knowledge and a better understanding of how each other operates.”