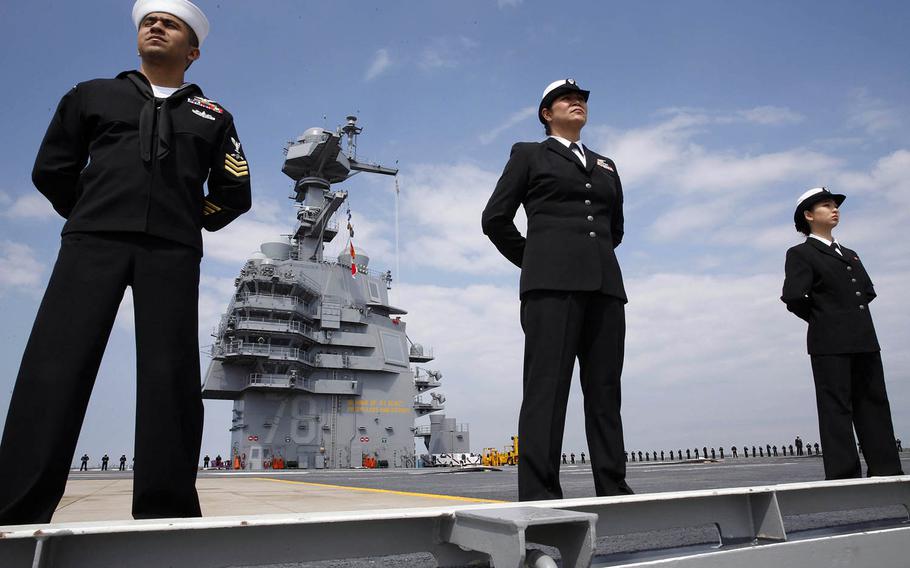 The Navy is changing the way it evaluates sailors’ job performances.

The changes — designed to reward talent, remove rank-based bias and give sailors regular, balanced feedback — will be phased in this year and next, a recent Navy statement said.

“Sailors deserve a modern evaluation system and we are working to develop it as quickly as possible,” Rear Adm. Rich Brown, who leads the Navy Personnel Command, said in the statement.

Sailors will be assessed a year after they arrive at their duty station and will receive year-round counseling. A five-point rating scale will be replaced with a nine-point scale, and sailors will be rated on factors related to their jobs, the Navy Times reported.

The changes, resulting from officer and enlisted feedback, will update an evaluation system developed in 1996, officials said.

Master-at-Arms Chief Petty Officer Joseph Churan said he was excited about the changes.

“The current evaluations are outdated and don’t paint a good picture of who the sailors are,” he said.

Churan said the new system is a step in the right direction.

“It will help to separate those who just come to work and do their job, those who try a little harder and those who excel,” he said.

Leaders will have to focus on sailors all year to make sure they don’t miss an opportunity to counsel them and provide them with a final evaluation for that year, Churan said.

“It will help us get away from the habit of only focusing on the evaluations once a year and avoid lumping them all together,” he said.

Some sailors took to social media to voice their opinions about the changes.

“It does not matter what physical changes you make to the performance and evaluation system. The biased element will always be there,” an online commenter said.

Another claimed to have been a victim of bias during a past rating:

“I had a transfer early promote evaluation when I got to my current command, and they gave me promotable [a lower ranking] because I’d only been there for three months although I have already done and shown multiple results from my workloads and other collaterals,” the person wrote.