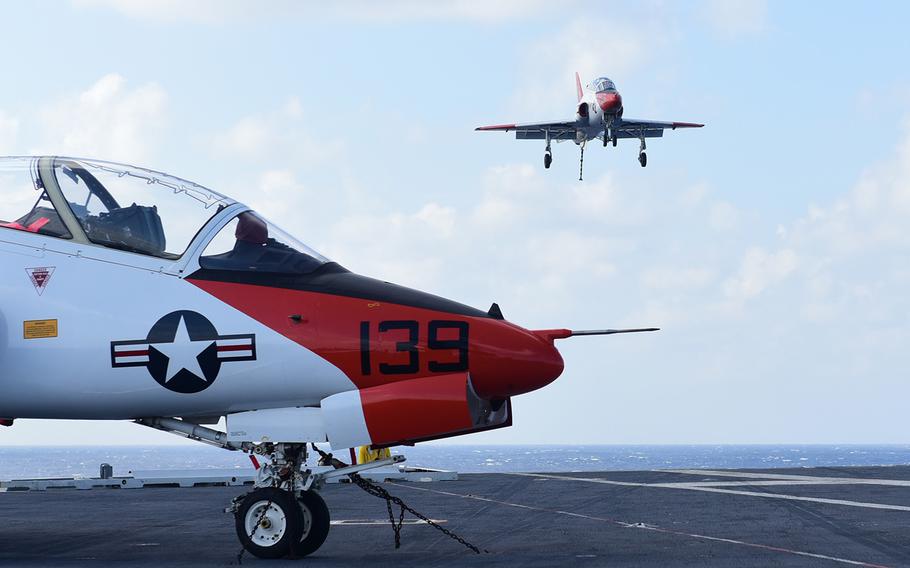 It remained unclear Monday what caused the jet, which was reported missing on Sunday, to go down near Tellico Plains, Tenn., in the Cherokee National Forest, said Navy Lt. Elizabeth Feaster, a spokeswoman for Naval Air Training. She said the service was conducting an investigation into the incident.

The pilots, an instructor and trainee assigned to Training Air Wing ONE at Naval Air Station Meridian, Miss., were not immediately identified Monday, pending next of kin notification.

The Navy in August resumed flying its T-45s after it had grounded its entire fleet of the trainer jets for about five months because of a string of physiological episodes, caused at least in part by problems with the jets’ oxygen-delivery system, according to a Navy investigation released in July. The Navy blamed the deaths of at least four F/A-18 Hornet fighter jet pilots on a similar issue with that plane.

Feaster said it was not clear Monday whether the crash Sunday was related to that issue.