Navy to spend more than $7.4 million on road repairs near Sigonella base 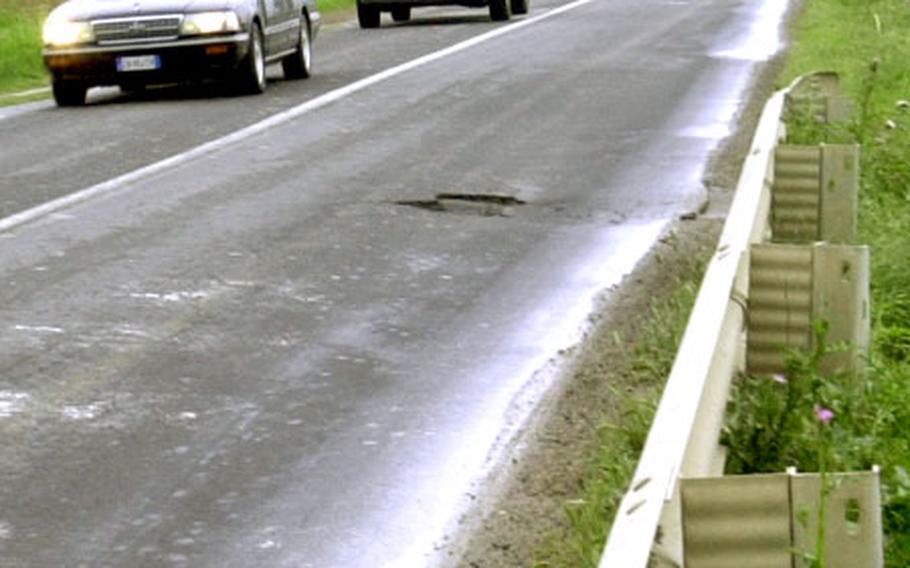 Traffic travels down the single-lane SP 105 near Naval Air Station Sigonella II. The Navy is paying for $7.43 million to the Catania provincial government for work on the road. (Michael Lavender / Courtesy of U.S. Navy)

The Navy is putting more than $7.4 million into a stretch of Sicilian road to give Naval Air Station Sigonella&#8217;s military and civilian workers an easier and safer way to travel to and from the NAS II base.

The Naples, Italy-based Engineering Field Activity Mediterranean recently entered into a contract with the Province of Catania to realign and expand the single-lane provincial road SP 105, the main road that runs from NAS II, past the Marinai housing area toward the NAS I base.

&#8220;It&#8217;s going to make it better for both the Italians and Americans,&#8221; said Alberto Lunetta, Sigonella&#8217;s deputy public affairs officer. Lunetta said that more than 2,000 servicemembers and civilians work on the NAS II base.

In addition to the U.S. military forces in Sigonella, the Italian 41st Squadron is based there and will benefit from the project.

The work will include construction of a dedicated entrance road from SP 105 to Marinai and roundabouts will be added at its intersections with SP 69 and state road SS 417.

The SP 105 bridge across the Dittaino River also will be upgraded to meet current seismic requirements. The project is expected to take three years.

&#8220;By having the Province of Catania act as our design and construction agent for this venture, we receive the benefits of their experience in managing road construction projects,&#8221; said EFAMED&#8217;s Capt. Paul Bosco in a press release announcing the signing.

Bosco signed the agreement with the regional president, the Hon. Raffaele Lombardo, and the Catania deputy prefect, Mario Trotta.

The Navy had requested and received $7.43 million from Congress in 2004 to improve the affected road, the release stated, but the Navy couldn&#8217;t use normal contracting methods for the work because it wasn&#8217;t actually on the base.

In addition to giving money to the project, the Navy also provided a design concept to the province. The province will complete the design process and contract out the construction work.