Navy to shut down Rota engine repair shop in ‘05 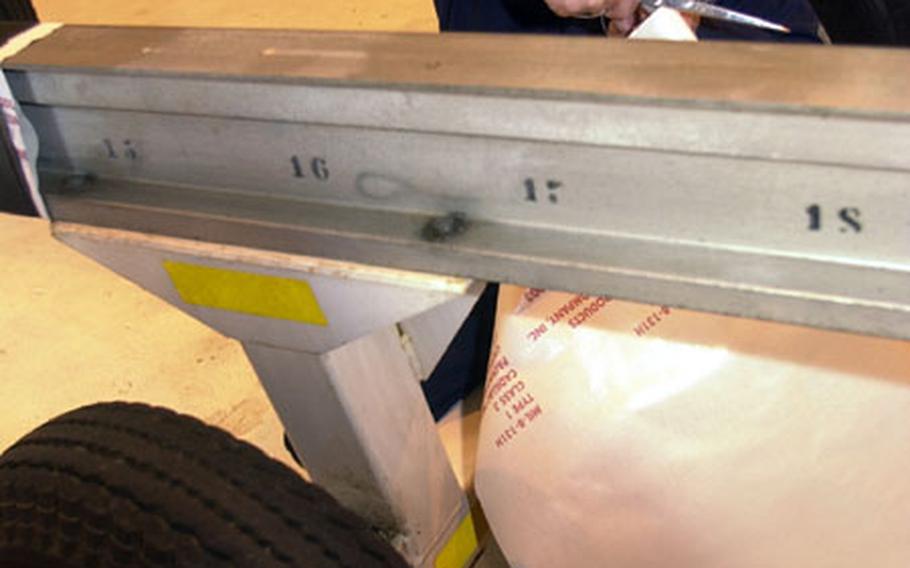 NAVAL STATION ROTA, Spain &#8212; An aircraft maintenance shop in Rota will shut its hangar doors next year as part of a sweeping plan by the Navy to realign commands and forces throughout Europe.

The Navy is shifting the work performed by the shop to depots in the United States and in Sigonella, Sicily. The high cost of keeping the command in Rota and the ability to ship parts and engines from depots in the States to ships worldwide prompted the closure, said Lt. Rex Burkett, the unit&#8217;s officer in charge.

The closing of the shop is the first of what is expected to be numerous changes throughout the region. The Navy &#8212; much like the Army and Air Force &#8212; is in the midst of a major transformation of bases and commands throughout Europe in an effort to save money and better fight future conflicts.

Doing away with the maintenance shop in Rota came as no surprise to most people familiar with its operation. The Navy first looked at eliminating the unit as early as 1998 but decided against it because of mission requirements.

A Dec. 16 message from the Navy Europe&#8217;s headquarters in London set a list of guidelines for the closure next year. The shop is expected to completely vacate its 26,000-square-foot hangar and other buildings by June 2005.

Petty Officer 2nd Class Julian Sevilla said it is sad that the shop will close down, adding that many of the command&#8217;s 91 sailors and officers enjoyed living and working in southern Spain.

The unit is believed to be nearly as old as the base, which turned 50 last September.

Over the last several years, the shop repaired an average of 200 to 240 engines and modules a year for ships in the Mediterranean Sea and the Arabian Gulf.

On Friday, sailors continued packing up tools and engine parts for shipment.

Although the unit repaired its last F404 engine, the shop will provide maintenance for the Rota-based Fleet Air Reconnaissance Squadron Two over the next year. The squadron flies P-3 Orions.

Shop buildings on the naval station&#8217;s flight line will be demolished as soon as the unit performs its last task. A civilian contractor with the job of repairing and maintaining naval aviation support equipment such as tow tractors and ladders will move into the shop&#8217;s vacated hangar.