Navy to review port contracts in light of bribery scandal 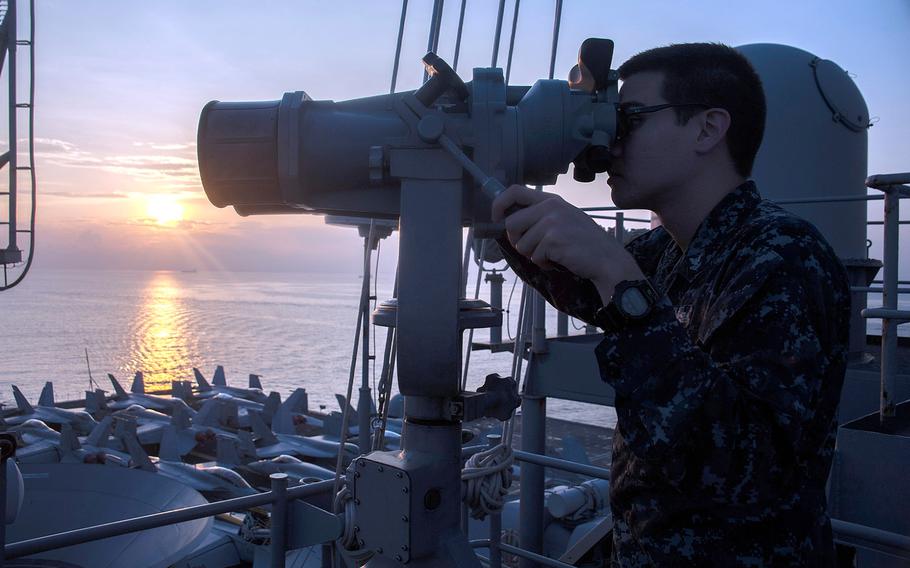 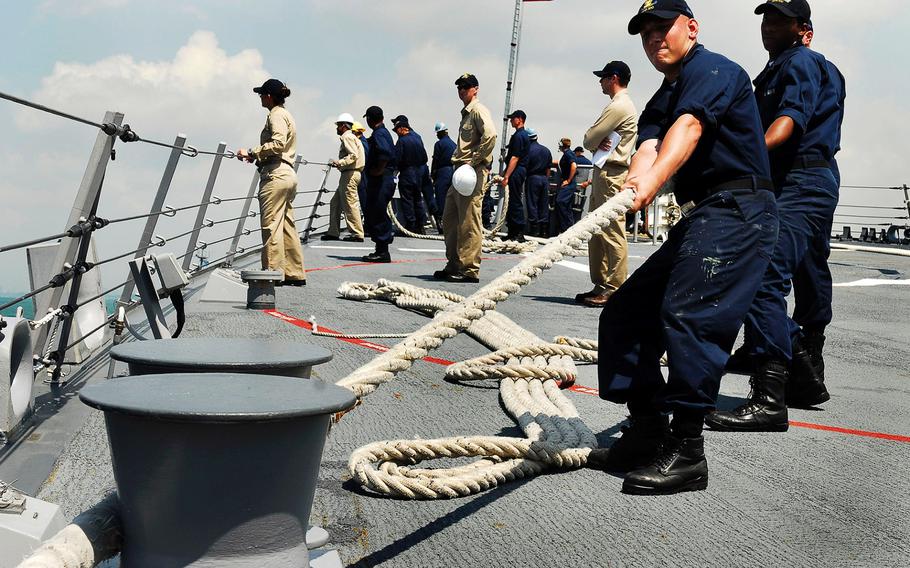 Sailors heave a mooring line on the forecastle aboard the Arleigh Burke-class guided-missile destroyer USS Kidd as the ship moors pier side at Changi Naval Base, Singapore, on April 4, 2009. (Jose Escobosa/U.S. Navy)

Secretary of the Navy Ray Mabus has ordered a review of how husbanding and port service contracts are handled after the recent corruption and bribery scandal ensnared a handful of high-ranking officers.

In a Dec. 5 memo, Mabus instructed Assistant Secretary of the Navy for Research, Development and Acquisition Sean Stackley to review “all acquisition strategies” worldwide and determine whether proper procedures are being followed. He also told the Navy auditor general to audit the contracts to improve internal controls.

Husbanding and port service contracts assist Navy ships and sailors when they pull into a foreign port and include everything from goods and services such as fuel or docking, to water and sanitation. Mabus’ memo is in addition to guidance laid out in September after investigations by the Naval Criminal Investigative Service and audits by the Naval Audit Service raised concerns.

“This review will ensure we have the proper procedures and policies in place to ensure we live up to our responsibility to the American taxpayer,” Mabus said in a Navy statement released Monday. “This is a responsibility I take seriously, and we will take the necessary steps to ensure we do not violate their trust.”

U.S. prosecutors alleged that Francis swapped prostitutes and luxury travel for classified information, the steering of Navy ships to ports where his company operated and millions of dollars in inflated and fraudulent contracts. Beliveau was accused of informing Francis as investigators closed in.

Prosecutors have said the fraud cost the Navy and the American taxpayers more than $20 million and is likely to keep rising. In September, the Navy canceled approximately $200 million in contracts with GDMA.

Officials have said they expect more Navy officers and possibly even Navy civilians to be implicated in the investigation.

It remains unclear how the fraud went undetected for so long. Court documents indicate some Navy officials complained about the company overcharging for services. Navy officials have admitted they were warned about Francis’ criminal past, which did not forbid him from bidding on contracts.

Mabus’ memo, which was also sent to the Commandant of the Marine Corps, the Chief of Naval Operations, General Counsel of the Navy, NCIS and the leadership at the Naval Supply Systems Command, orders cooperation.

“All Department of the Navy components and personnel shall cooperate fully in the execution of this review and audit and be responsive and timely to all requests for relevant information or other support,” the memo states.