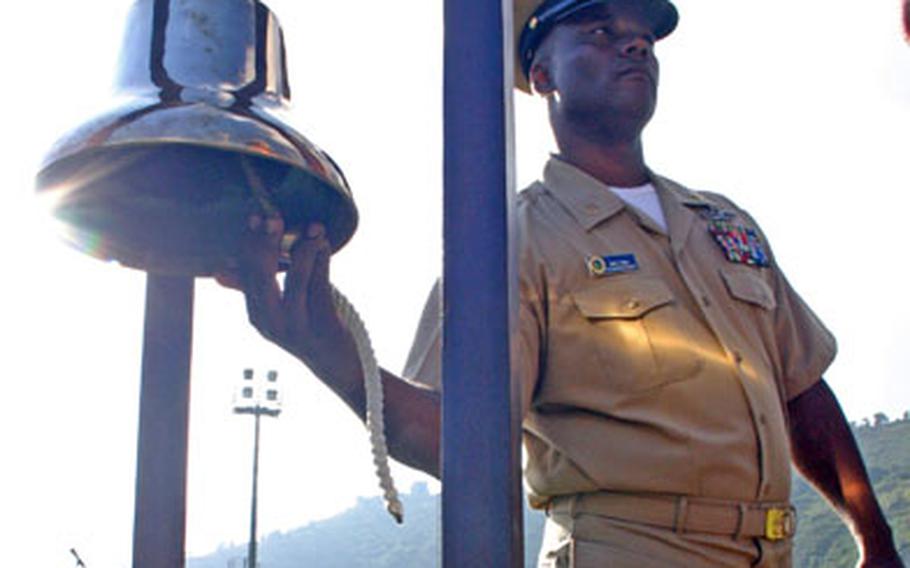 For the first time in the rank&#8217;s more than 100 years, newly selected chief petty officers will be going to school.

And fellow sailors worldwide will be watching to see whether the Navy&#8217;s first-ever CPO Academy, to be held in Europe, makes the grade.

Change is hard, Navy leaders acknowledge, and some current chiefs have bristled at the thought of a program that would alter one of the most sacred and coveted Navy traditions.

On Aug. 29, petty officers first class selected as the next wave of chief petty officers will be pulled from their jobs and go to school for three weeks.

The current transition, as it&#8217;s called, differs from command to command, but selectees around the globe tend to follow some generic practices. For example, they all get Master Chief Petty Officer of the Navy Terry Scott&#8217;s reading list. Many sailors hold study groups to learn the Navy&#8217;s history and traditions. And they have fundraisers to cover costs for new uniforms or rank insignia, get together to learn topics such as public speaking, memo writing and other administrative tasks, and typically do all their physical training as a group.

That all will continue.

The academy will go a step beyond, placing the selectees in classrooms to cover topics including financial management, enlisted evaluation, fitness report writing and warfare planning.

Since selection boards have yet to make promotion decisions, officials cannot predict exactly how many E-6s will serve as the academy&#8217;s guinea pigs. Of the Navy&#8217;s 5,282 CPO-selectees last year, 111 hailed from Navy Europe.

The academy idea was born out of a classroom challenge. Last year, as Master Chief Petty Officer Willie Clouse sat in an executive business course in North Carolina, his class was challenged to develop a plan to strategically change an aspect of their respective business.

It&#8217;s an idea in keeping with the transforming Navy, said Scott.

&#8220;The Navy cannot afford to limit the potential resources from which we can draw upon to build the educated, creative chiefs we need,&#8221; Scott said in a statement. &#8220;I believe this initiative taken by the CPO mess in NAVEUR will go a long way in meeting this requirement, and I look forward to seeing the results of this effort.&#8221;

The academy idea is not the first time in the rank&#8217;s 113 years of existence that the chief&#8217;s transition has, well, gone through a transition.

For decades, it was called an &#8220;initiation,&#8221; but a few years ago, Navy leaders directed a change from the term that connoted drunkenness, pranks and sexual behavior.

Some chiefs have bristled at the academy proposal, fearing traditions would be lost. They say the current practice of overwhelming selectees &#8212; by having them juggle their current jobs while learning to become managers &#8212; tests sailors&#8217; limits and theoretically makes them better leaders.

Some chiefs are converts. Some have been appeased. Others are watching and waiting.

The transition will remain six weeks long, with three weeks of &#8220;nonresident&#8221; functions including community relations projects, fundraisers and rituals such as the somber burying of the white &#8220;Cracker Jack&#8221; hat symbolic of enlisted Navy personnel.

Then selectees will report to their respective classrooms for three weeks of academy. In Europe, classes will be held in London; Stuttgart, Germany; Rota, Spain; Naples, Italy; and Sigonella, Italy. Academies will be held for the ship-based sailors on the USS Emory S. Land, based out of Sardinia, Italy; and the USS Mount Whitney, based out of Gaeta, Italy.

&#8220;There were a lot of misconceptions when we first started talking about the program,&#8221; Clouse said. &#8220;I think, initially when they heard of the CPO Academy, they thought they were losing control or losing participation, losing that ability to have creative fantasy.&#8221;