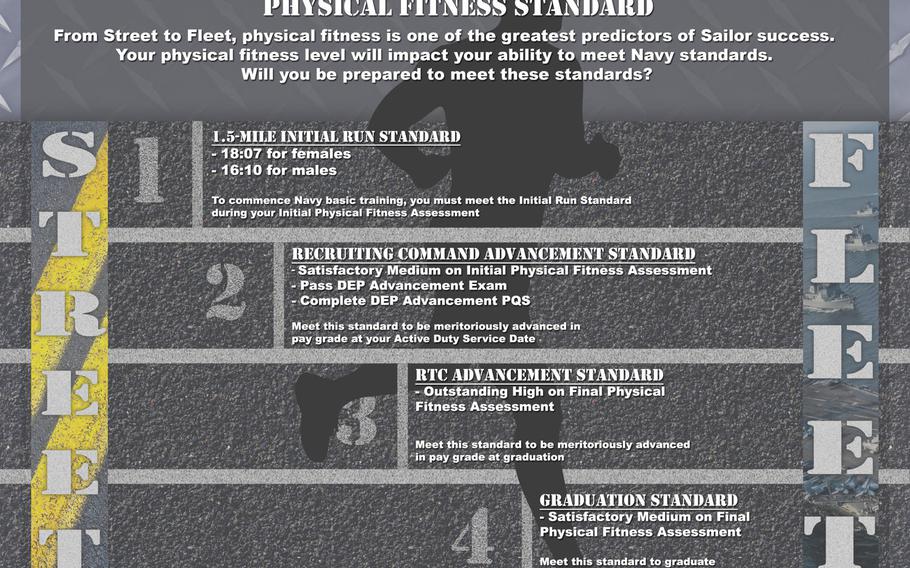 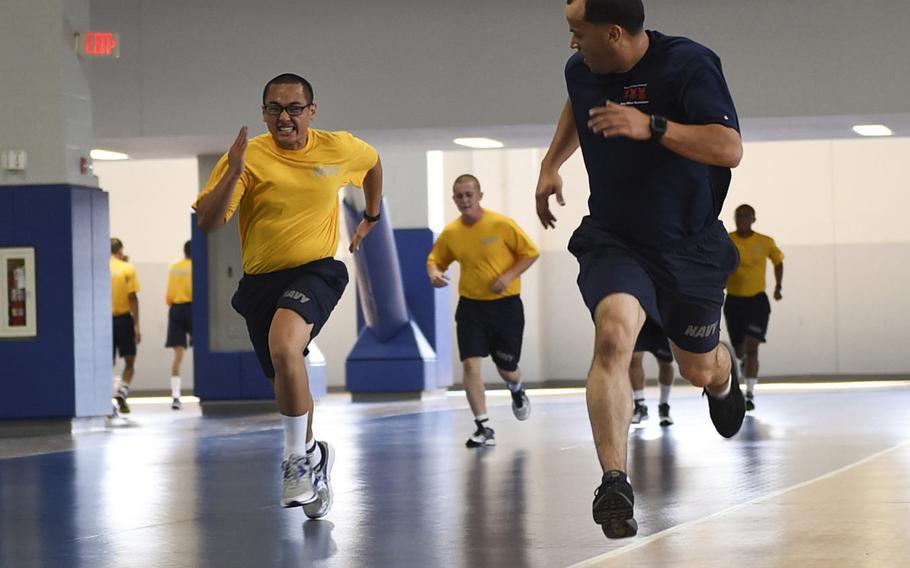 The Navy will require recruits to pass a running fitness test prior to beginning basic training as of Jan. 1, the service said Wednesday.

Recruits will have to run 1.5 miles in no more than 16 minutes, 10 seconds for males and 18 minutes, 7 seconds for female recruits, the service announced Wednesday. This is about the same run time the Navy requires active-duty sailors ages 50 and over to meet during semiannual physical fitness tests.

The Navy is the last of the Defense Department services to require an initial fitness test. While the Air Force also requires a somewhat easier run test, the Army and Marine Corps also require a basic strength test before training begins.

Navy recruits who fail to meet the requirement will have 48 hours to retest. If they fail a second time, they will be sent home. They may be able to reapply with a waiver from Navy Recruiting Command.

“It is the responsibility of each recruit to work hard and maintain all Navy standards,” Capt. Mike Garrick, the training command’s top officer, said in a statement. “Physical fitness is one of the greatest predictors of sailor success. Before they arrive to boot camp, recruits are expected to train to meet the physical fitness standards.”

Recruits who pass will be grouped on the basis of their initial fitness tests. Throughout their eight weeks of training, they will be retested and can be put in higher fitness groups. Ultimately, they must pass a much more difficult test that, besides a 1.5 mile run, includes pushups and situps to graduate training. Those who achieve the highest level on the fitness test will be advanced to their next pay grade.

The Navy hopes the policy will reduce the number of recruits dropping out of training due to fitness failures, according to a statement.