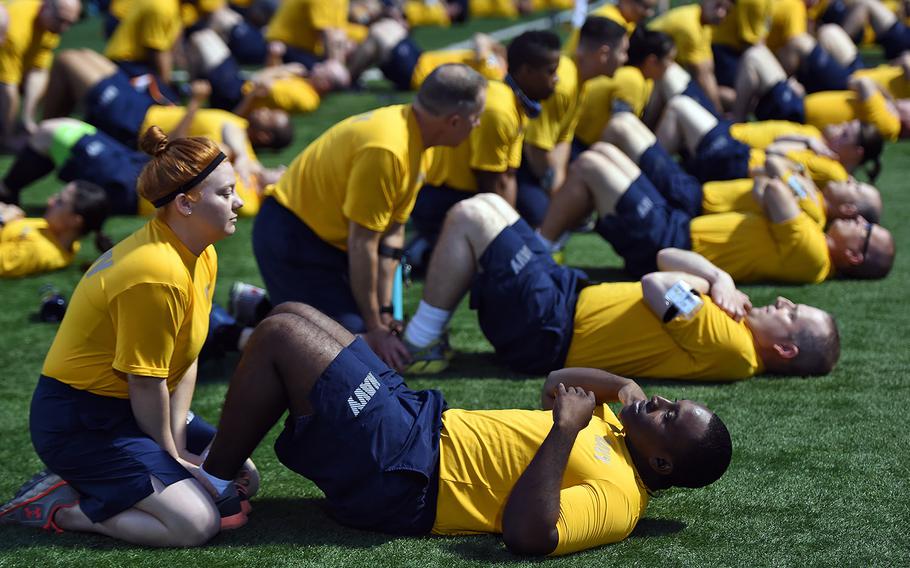 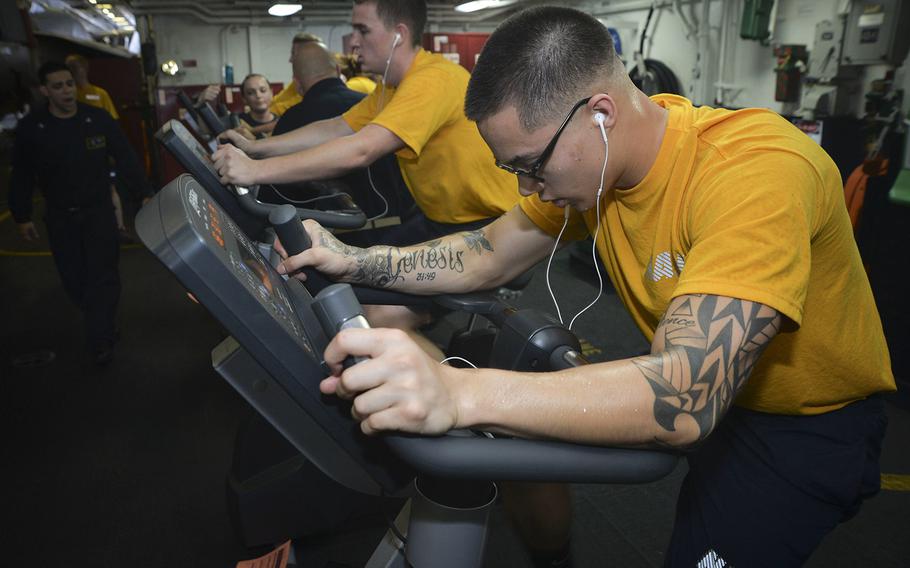 WASHINGTON — The Navy will forgive past fitness test failures for all its sailors in the new year and will end its policy mandating discharges for ones who fail two Physical Fitness Assessments in a three-year period, the service announced Thursday.

The Navy will no longer boot most sailors from the force solely for failing fitness tests, the service said in a Navy-wide message amending its three-year-old fitness regulations. The changes come as the Navy looks to increase the service by more than 4,000 sailors by the end of fiscal year 2018 on Sept. 30.

Vice Adm. Robert Burke, the chief of naval personal, wrote in a memorandum that the changes were designed to ensure the minimum fitness levels were met across the force, while retaining otherwise qualified sailors to ensure the service grows as ordered by Congress in the 2018 National Defense Authorization Act signed this month by President Donald Trump.

“My Number One priority is to keep the fleet properly manned,” Burke wrote. “Retention of every capable sailor is critical to the operational readiness of the Navy while ensuring every sailor has the opportunity to safely achieve and maintain fitness and body composition standards.”

The Navy’s Physical Fitness Assessment, or PFA, consists of an assessment of a sailor’s weight and body fat content as well as a physical fitness test that grades them on their ability to perform push-ups, sit-ups and a 1.5-mile run based on their age.

In 2016, the Navy automatically discharged nearly 1,700 sailors for fitness test failures, officials said. More than 43,000 sailors now have a fitness failure in the past three years on their record, and another nearly 5,500 have two such failures, which will be forgiven, according to Navy data.

Those sailors who had been slated to be discharged for fitness test failures after March 31 will remain in the service, according to Burke’s guidance. Officers who were to be separated from the service before March 1 for such failures can request to remain on active duty, the memo reads.

The new regulations announced Thursday do include consequences for sailor’s failing to meet physical fitness standards.

Enlisted sailors who fail two or more consecutive PFAs will be ineligible for promotion or re-enlistment until they successfully pass a fitness test.

Officers who fail one fitness test will not be promoted until they pass the PFA, but they will be recommended for separation or retirement upon completion of their current assignment if they fail two consecutive tests, according to the new regulations. However, they can remain in the service if they pass an official PFA before they are separated from the service.

The new regulations additionally require all sailors to receive a body content assessment upon arrival at a new assignment. Sailors who fail to maintain the proper weight and body fat content for their height will be automatically placed in their command’s Fitness Enhancement Program.

That program includes nutrition counseling, exercise programs and monthly fitness practice tests. Sailors can only be relieved from the program by passing a fitness test, the regulations state.