Navy to force some underperforming captains, commanders to retire early 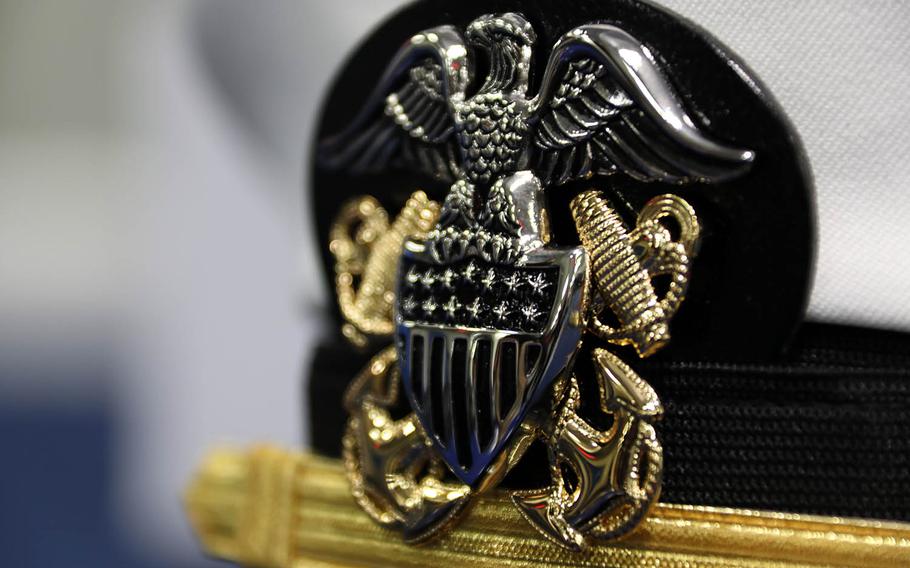 YOKOSUKA NAVAL BASE, Japan — The Navy will consider some underperforming officers for early retirement during boards convening on Sept. 13, according to an administrative message issued Thursday.

The purpose is to cut the weakest links — not to slim down officer numbers to meet a quota like previous selective early retirement boards, the message said.

“Each board will select only those officers whose early retirement ... is in the best interest of the Navy,” Vice Adm. Robert Burke said in the message. “Selecting zero officers in a competitive category is an acceptable outcome for these boards because no mandatory quotas have been established.”

The boards will consider captains who have spent three or more years in their grade and commanders who have been denied selection for promotion two or more times, the message said.

Those with approved voluntary retirement requests, who have statutory requirements in fiscal years 2018 or 2019 or are on promotion-recommendation lists will not be considered.

The Navy posted a list of officers to be considered by the early retirement review boards on the Navy Personnel Command website. It includes some who have been in their current rank since 1998.

Review boards will look at officers’ “performance, the requirement for exemplary conduct and adverse information,” the message said.

“The majority of the officers whose records are being reviewed for these boards are fully capable of performing the duties of their current grade,” Burke said in the message.

He told reporters this week that physical fitness will not be a factor considered by the September board, according to a Military.com report published Thursday. He also said that a combination of factors will be needed to send someone into mandatory retirement.

“We’re not necessarily looking for a single disciplinary issue, but a disciplinary issue in the context of something else,” he said, according to Military.com. “… So, an officer that’s doing their job and performing just fine has nothing to worry about here.”

The Navy will notify those selected to retire “as soon as possible after the proceedings of the boards are approved,” Thursday’s message said.

Once selected, officers will have seven months to retire. If not yet eligible for retirement, he or she will remain on active duty until eligibility is reached, then retire within a month.

More than six years ago, the Navy held an officer early retirement selection board to reduce the number of officers per congressional mandate. Officials on that review board were tasked with meeting a quota of eliminating 120 captains and 120 commanders, nearly half of whom volunteered for early retirement to avoid assessment from the board, according to a 2011 Navy statement.

This time, the review board is being assembled without a quota in mind — but with the task of ensuring quality out of Navy officers, according to the Thursday administrative message.

“The process of reviewing records and selecting officers for early retirement ensures the Navy will have a professional, healthy senior officer corps that is ready to meet the demands of the Navy the Nation needs,” the message said.

The review boards “are comparable to the already successful Senior Enlisted Continuation Board process for quality control of our senior leaders,” the message said.

The SECB considers sailors’ “documented misconduct and/or substandard performance within the past three years” and will convene in December, according to a Navy Personnel Command announcement published July 18.