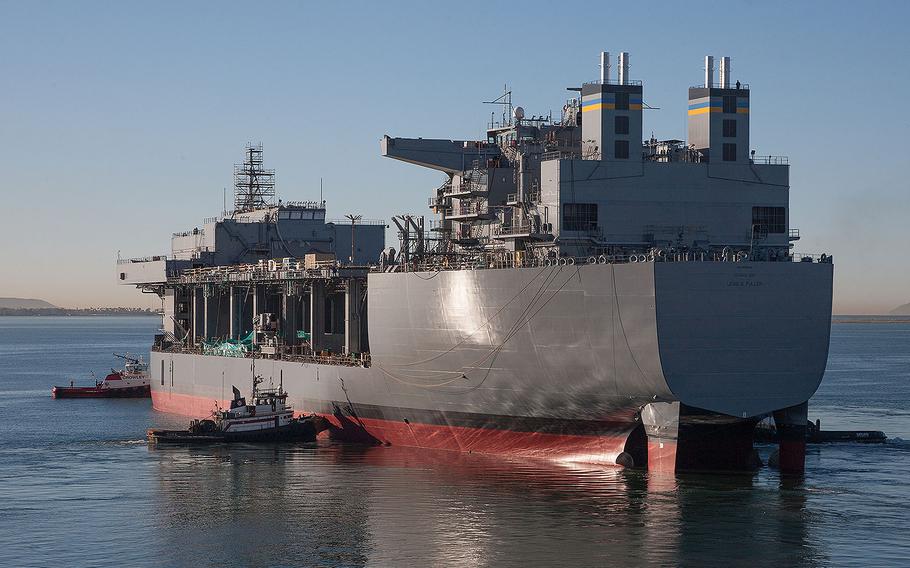 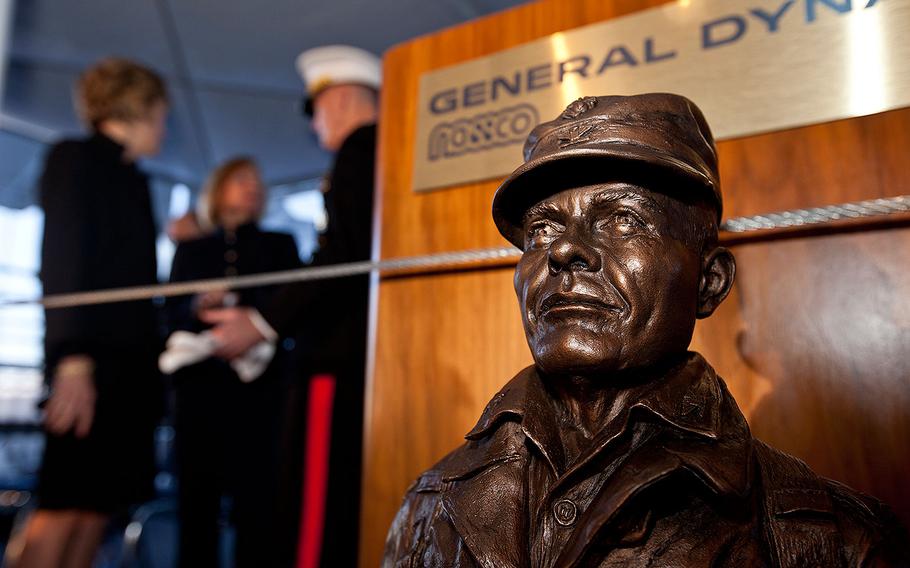 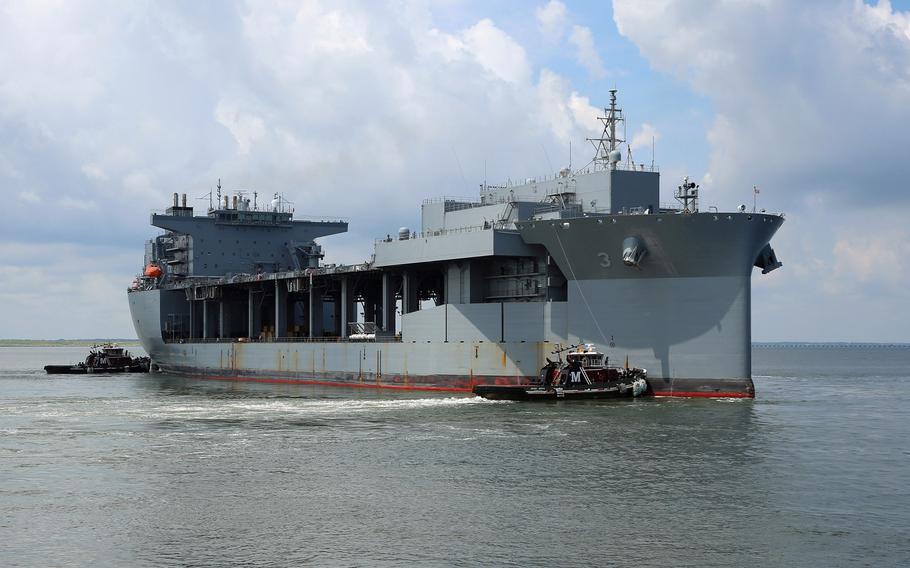 The expeditionary mobile base USNS Lewis B. Puller gets underway from Naval Station Norfolk, Va., to begin its first operational deployment, July 10, 2017. Puller is deploying to the U.S. 5th Fleet's area of operation. (Bill Mesta/U.S. Navy)

A new floating sea base named after the most decorated Marine in history is being commissioned Thursday in Bahrain.

The USS Lewis B. Puller is an expeditionary sea base with a large deck that will be used to launch helicopters, amphibious assault vehicles and other smaller vessels to support regional maritime operations.

It will replace the USS Ponce, an amphibious transport dock that supported missions in the Persian Gulf and other areas in the 5th Fleet theater. It is scheduled to be decommissioned next year.

The new vessel is the second ship named after Lt. Gen. Lewis Burwell “Chesty” Puller, a World War II and Korean War combat veteran who earned five Navy Crosses and the Distinguished Service Cross. Those awards are second only to the Medal of Honor in recognizing valor.

“His example lives not just in every Marine but in every service member who faithfully serves our nation,” Navy Secretary Richard V. Spencer said in a statement. “Today’s commissioning of USS Lewis B. Puller continues that legacy.”

Capt. Adan G. Cruz will command the new vessel, whose crew will consist of both sailors and civilian mariners.

It will have two helicopter hangars, storage for four mine-sweeping hydrofoil sleds and cranes that lower vessels into the water instead of lowering the deck until it’s submerged.

Puller earned his first two Navy Crosses during combat in Nicaragua in the early 1930s; he earned his third and fourth in fierce battles against the Japanese in the in World War II. He was awarded his fifth Navy Cross and the Distinguished Service Cross for leading a regiment that fended off enemy forces in Korea, despite being heavily outnumbered.

The first ship named for Fuller was a guided-missile frigate used from 1982 to 1998. It was transferred to the Egyptian navy and renamed the Toushka.

The Puller will work with the USNS Hershel “Woody” Williams, a sea base under construction, to handle less-intensive missions so warships can focus on more demanding operations in the Middle East and Pacific, the Navy said.