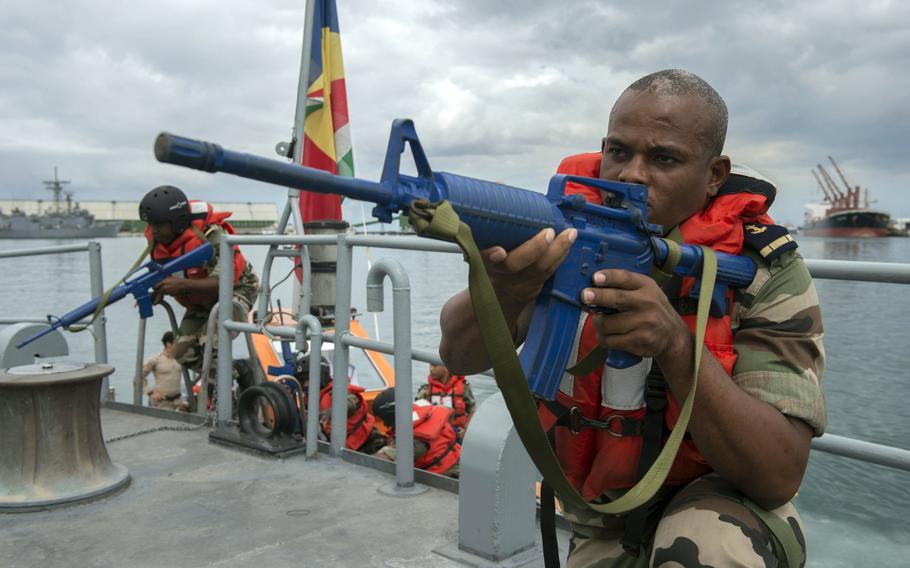 NAPLES, Italy — The Navy will kick off its annual maritime exercise with East African nations on Saturday.

Based out of hubs in Djibouti and the Seychelles, the eight-day exercise Cutlass Express encourages neighboring countries to work together on issues such as piracy and illegal fishing and to better coordinate policing of territorial waters. Participants will train to board ships and conduct maritime air patrols and search-and-rescue operations.

Seventeen nations are scheduled to participate, together with forces from the European Union; the International Maritime Organization; and Combined Task Force 150, the multinational maritime force focused on counterterrorism.

Now in its fifth year, the exercise is one of four African exercises held annually by U.S. Naval Forces Europe-Africa, based in Naples. Because few African nations can field significant maritime forces, the Navy has encouraged better surveillance of coastal areas through radar and satellite coverage and shared computer applications.