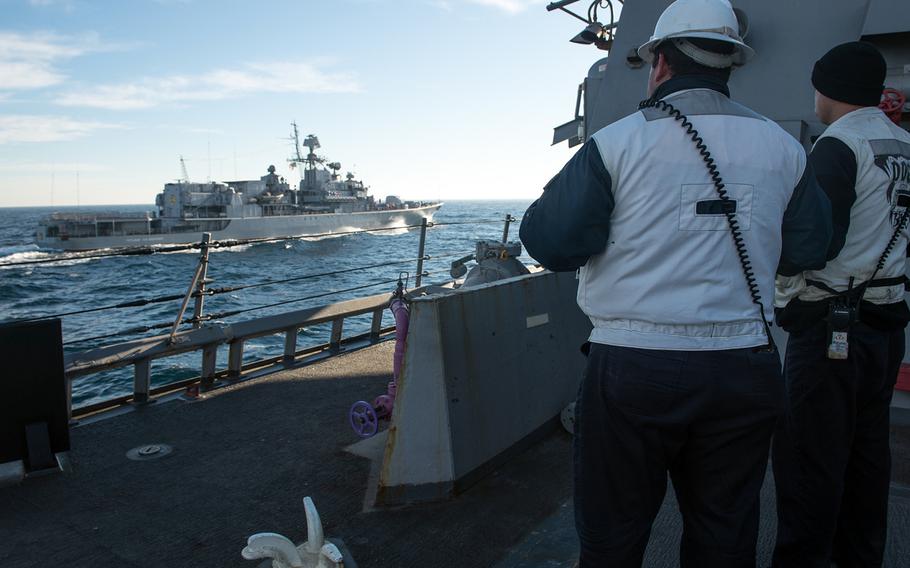 The U.S. will kick off its annual exercise with the Ukrainian navy next week in the Black Sea.

Eleven nations are expected to participate in the Sea Breeze exercise, which focuses on maritime skills and tactics such as interdiction, anti-submarine warfare, and search and rescue. The U.S. and Ukraine co-host the exercise, now in its 14th year.

Roughly 400 American sailors will participate, including those stationed aboard the guided-missile destroyer USS Donald Cook. A P-3C Orion maritime patrol aircraft from Patrol Squadron 9 out of the Navy base at Souda Bay, Crete, will also take part.

Ukraine’s naval forces and capabilities were devastated by Russia’s invasion and annexation of Crimea last year. Headquartered in the Crimean city of Sevastopol at the time of the invasion, the Ukrainian navy lost several ships to seizure or scuttling by Russian forces.

The land portion of this year’s exercise will be hosted out of Odessa, the Ukrainian navy’s new headquarters.