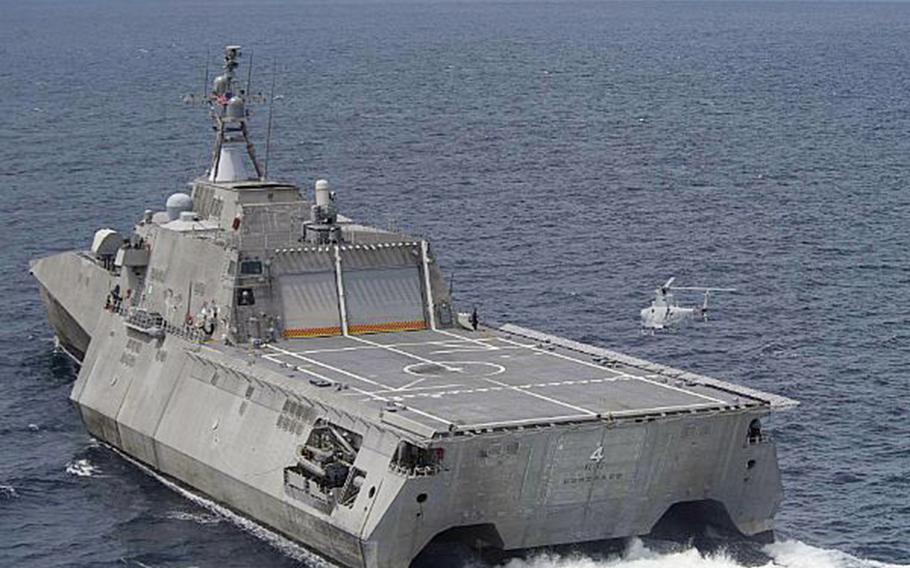 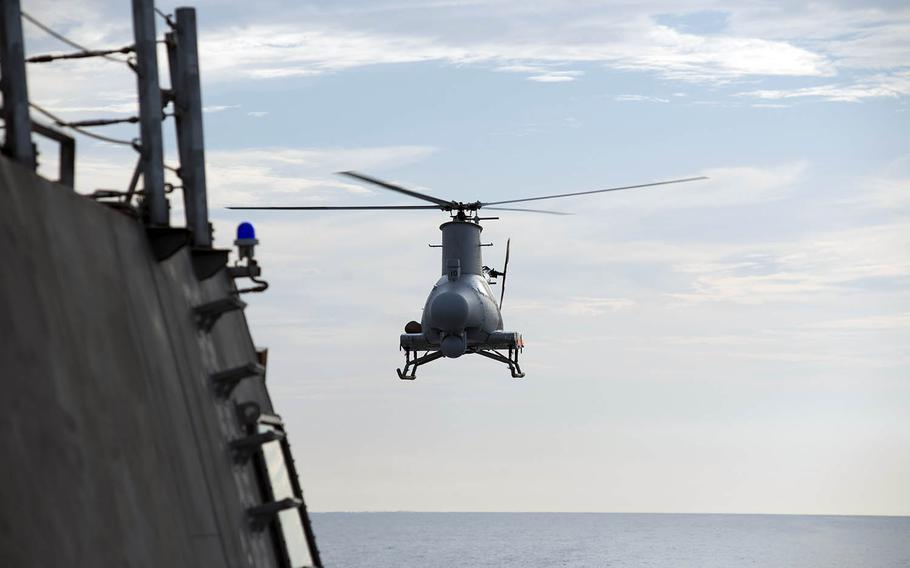 The Navy has completed developmental testing of a drone-based coastal mine detection system intended to become standard equipment on littoral combat ships.

The testing, done last month aboard the USS Coronado off the Southern California coast, put the system through its paces in a realistic environment using the assigned crew and aviation detachment to verify that it is ready for the next step of operational testing, a Navy statement said.

The system is designed to identify surface mines and other obstacles on beaches or surf waters, which until now needed to be done by sailors or Marines actually landing for a first-hand look. Aside from the risking casualties, such reconnaissance can also potentially reveal landing zones.

The mine-detecting drone is part of the evolving Coastal Mine Reconnaissance system, a suite of technologies on littoral ships to be used to find and destroy mines that hinder amphibious operations.

Drones are steadily gaining prominence in Navy technology. On Tuesday, the Navy announced it was renaming Program Executive Office Littoral Combat Ship, created in 2011, to PEO Unmanned and Small Combatants to better reflect its scope of projects.

The Coastal Mine Reconnaissance module consists primarily of the MQ-8B Fire Scout, an unmanned helicopter developed by Northrop Grumman that carries the AN/DVS-1 Coastal Battlespace Reconnaissance and Analysis, or COBRA, sensor that in daytime detects surface-laid mine lines, mine fields and obstacles in the beach zone.

The Navy deemed COBRA operational in October after a battery of testing.

While aboard the USS Coronado, the Coastal Mine Reconnaissance system was tested with nine specific missions, the Navy said.

Evaluated were mission-tasking from a shore-based commander, planning by the aviation detachment, flying planned missions, downloading and analyzing collected data and transmitting data to the mine warfare commander.

The Mine Warfare Rapid Assessment Capability, sponsored by the Office of Naval Research’s TechSolutions program, is equipped with “an ultra-sensitive magnetometer sensor system” that provides real-time search data to a handheld tablet, the Navy said.

It can differentiate between types of objects via an intricate set of algorithms.

“This technology will help Sailors and Marines who are approaching a beachfront to rapidly clear, or at least determine the location of, mines or other hazards that are in their way,” ONR Command Master Chief Matt Matteson said in a Navy statement. “It could potentially save a lot of lives.”

The Navy Expeditionary Combat Command in 2015 had requested ONR develop such a portable system that would be easy for warfighters to use on the go, the Navy said.