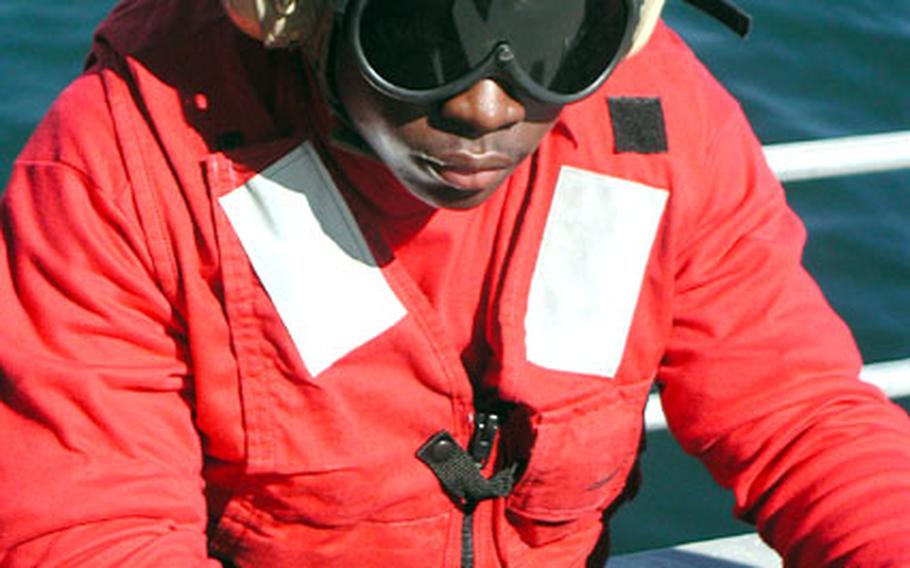 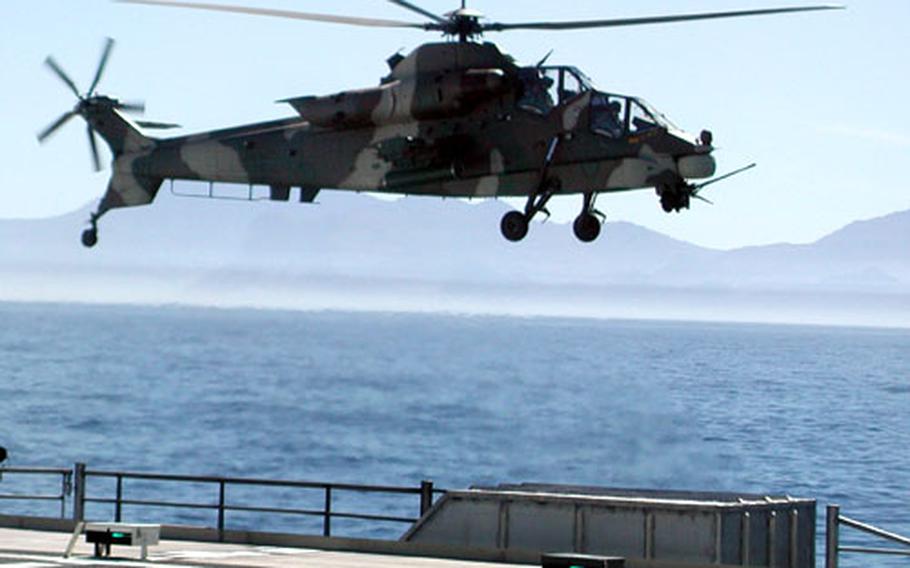 NAVAL STATION ROTA, Spain &#8212; A new, high-speed catamaran being tested by sailors and Marines during an exercise off the coast of Africa has shown it could be the fleet&#8217;s jack-of-all-trades, military commanders say.

The High Speed Vessel Swift is getting a major tryout during the West African Training Cruise 2004, a biannual exercise that began last week off the coast of South Africa.

U.S. Navy Cmdr. Mark Sakaguchi, the craft&#8217;s commanding officer, said everyone is getting a glimpse at how the vessel might be used in real-world combat or humanitarian operations.

The Navy is leasing the Australian-built catamaran from a Louisiana company. The High Speed Vessel Swift, or HSV-2, is the offspring of an experimental catamaran dubbed Joint Venture.

The Army, Navy and Marine Corps jointly tested the new ship to see how it might be utilized in an array of missions.

The 322-foot long catamaran has a helicopter-landing pad and can travel in excess of 45 knots in water as shallow as 12 feet.

Although it was primarily built for commercial purposes, the military believes it can be used to transport troops and equipment, hunt for mines or conduct river operations.

Critics question the durability of an aluminum-hulled vessel with limited firepower. But Sakaguchi said the ship will eventually prove its worth.

&#8220;I personally believe we&#8217;re going to realize the utility of this platform accidentally because of events that might happen in the world,&#8221; he said in a press release.

&#8220;Some sort of natural disaster or crisis situation where we&#8217;re able to take this platform, load it with supplies and get it into theater to provide assistance. ... After that, it will be hard to argue with the value of (a) ship like this.&#8221;

On Wednesday, about 150 sailors and Marines aboard the catamaran arrived in Douala, Cameroon, for the next phase of the exercise.

Throughout the drill, U.S. sailors and Marines along with military personnel from seven West African nations will practice with the catamaran.

The aim of the exercise, conducted since 1978, is to build relations among the different nations.

Marine Lt. Col. Scotty Dawson, commander of the roughly 100 Marines participating in the exercise, said he hopes his people leave with a greater appreciation for how dedicated and resourceful troops from other countries are.

&#8220;I want people to come back with a better respect for their African counterparts,&#8221; Dawson said by telephone.