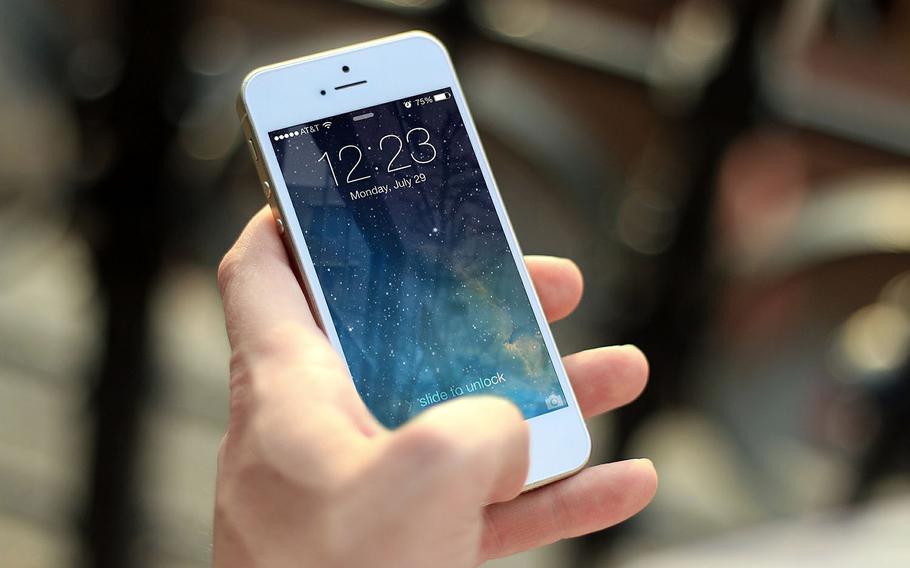 YOKOSUKA NAVAL BASE, Japan — Sailors can now view parts of their training records on a mobile device without having to plug electronic ID cards into government computers.

The app, which was released Tuesday, is the Navy’s first step toward allowing sailors and their families wider access to records and services without having to use their Common Access Cards as a security measure, according to a statement from Vice Adm. Robert Burke, chief of naval personnel.

The CAC is the standard Defense Department ID card, but is also used to access military computer networks.

The Navy aims to eventually allow sailors and their families the same kind of secure online access that they expect from their banks, Burke said.

“In time, sailors will be able to conduct all personnel transactions using their mobile device,” he said.

For now, only limited functions are available through MyRecord, such as accessing parts of personnel and training information and viewing a portion of the training jacket in read-only mode. The jackets hold a variety of information, including military training the sailor has completed, as well as college courses, language skills and other information.

“Our sailors are tech savvy, and when we include them in the process the end result is always a better application,” he said. “We want their candid feedback, what they like and dislike about the app and what future capabilities they desire.”

To use the app, sailors must first enable a CAC-free setup in MyNavy Portal; download Okta Verify, a Navy-approved third-party application; and then the MyRecord app. Okta Verify lets sailors create a secure multi-factor authentication account for the MyRecord app.

Both mobile applications are available for free from the Navy App Locker, Apple App Store and Google Play.

Burke said updates to the app will appear over time.

“Sailors can expect continuous updates to the app that will offer more tools right at their fingertips and allow them and their spouses to accomplish things that used to require a trip to a Personnel Support Detachment,” he said in the statement.