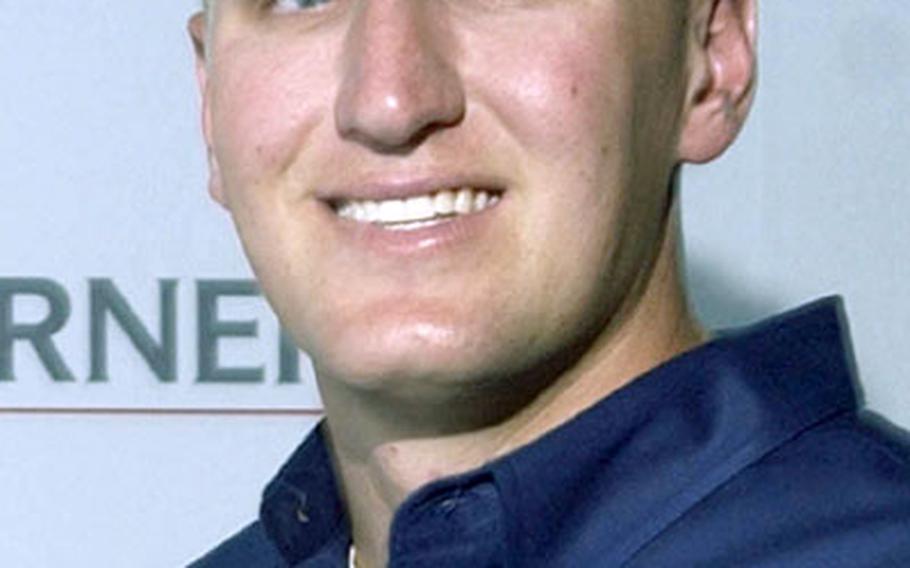 Mark McFarland will compete full-time in the Navy’s No. 88 during the NASCAR Busch Series. (Courtesy of U.S. Navy)

WASHINGTON &#8212; This weekend the Navy will debut a new fighting machine. It just won&#8217;t be the seafaring kind. Instead, it will be the hard-charging, 190 mph racing kind.

The No. 88 U.S. Navy &#8220;Accelerate Your Life&#8221; team is getting an early start to its 2006 NASCAR Busch Series season by debuting this weekend at Homestead- Miami Speedway in Homestead, Fla., with 27-year-old Mark McFarland behind the wheel of the JR Motorsports-owned Monte Carlo.

McFarland, who will compete full time in the No. 88 during the 2006 NASCAR Busch Series, will attempt to make his first Busch Series start of 2005 and his first race at Homestead-Miami Speedway this weekend. He has nine career Busch Series starts with his best finish of 16th coming at Richmond International Speedway in September 2004.

McFarland has been competing full time on the United Speed Alliance Racing Hooters Pro Cup Series in 2005 where he has earned one win, six poles and nine top-five finishes in the ultra- competitive series.

The weekend kicks off Friday with two Busch Series practice sessions, with qualifying on Saturday.

The Ford 300 is slated to begin at 4 p.m. Saturday afternoon.

U.S. Navy Rear Admiral Jeff Fowler, commander of Navy Recruiting Command based in Millington, Tenn., also is counting on some good things from the team in the future.

&#8220;Dale Earnhardt Jr. contacted us with an opportunity midway through the 2005 season and, with his fame, it seemed like a real positive situation for us,&#8221; Fowler said. &#8220;We are very excited about further increasing our awareness by an association with JR Motorsports and Dale Earnhardt Jr., one of the most recognized names in NASCAR,&#8221; said Fowler.

&#8220;I&#8217;m proud to be entering a relationship with an organization like the U.S. Navy,&#8221; Earnhardt said during a press conference earlier this season. &#8220;When you consider the history and the accomplishment the Navy has, it&#8217;s overwhelming. The opportunities the Navy can provide for people are virtually limitless. They&#8217;ve given us an opportunity with this sponsorship and I&#8217;m proud to represent them.&#8221;

However, the No. 88 will not be the only Navy-sponsored car competing this weekend at Homestead.

Since the beginning of the 2004 season, the Navy has been onboard the blue and gold No. 14 FitzBradshaw Racing-owned Dodge.

The Navy and FitzBradshaw Racing have enjoyed two successful seasons in the NASCAR Busch Series but, after this weekend, that partnership will come to a close.

&#8220;We are proud of (driver) David Stremme and our FitzBradshaw team for their strong performance in 2005, which more than doubled our exposure from last year,&#8221; said Fowler.

Fowler is hoping the 2006 Navy team will continue to have the same effect &#8220;in generating increased influencer awareness through the NASCAR brand.&#8221;