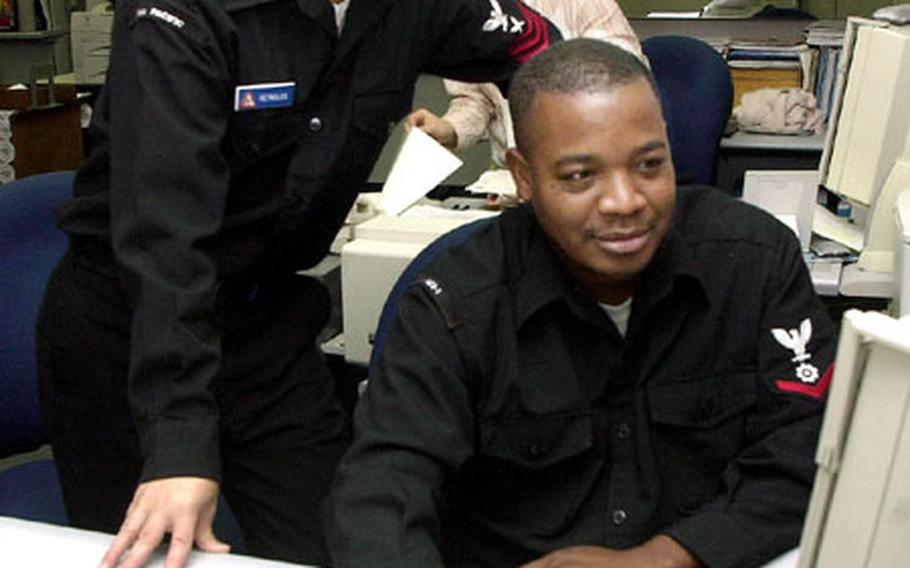 And the Navy is betting you can do a better job than a traditional classroom instructor of teaching yourself what you need to know, according to a recent Navy news report.

Computerization and other new technology means being a yeoman, or a similar administrative assistant in any military branch, requires skills unknown a few decades ago &#8212; innovations so drastic the Navy has changed not only what, but also how and where it teaches yeomen, the news report stated.

The traditional teacher/student, classroom and textbook scenario is becoming history, the report said, phased out in favor of online environments at A-schools, the special schools for training such servicemembers.

&#8220;New yeomen better go ahead and learn as much of the computer skills as they can before having to use that know-how out in the fleet,&#8221; Petty Officer 1st Class Billy Reynolds, 40, said Tuesday. &#8220;Otherwise, as far as software expertise, they&#8217;ll just be lost, just like some of the old-timers will be lost who are not making the effort to stay on top of the new computer knowledge they need to have now.&#8221;

Reynolds is among the more experienced yeomen at Sasebo Naval Base. After graduating from the A-school in Meridian, Miss., in 1982, he spent 21 years fine-tuning his skills and now works for Sasebo&#8217;s Personnel Support Detachment.

Self-paced online interactive courses eventually will extend to all the administrative A-schools, the report said. Among ratings likely in line for this type of teaching, it stated: personnelmen, religious program specialists, aviation storekeepers, storekeepers, ship&#8217;s servicemen and aviation maintenance administrationmen.

&#8220;This prototype, as well as the electricity, electronic, communications and radar prototype &#8230; will have far-reaching results,&#8221; Norman said. &#8220;These innovations are bringing knowledge to sailors, wherever they are and when they need it.&#8221;

Recently promoted Petty Officer 3rd Class Antwan Hunter completed the yeoman A-School in 2001, before any switch to completely computer-guided courses. An administrative assistant for the shore command at Sasebo Naval Base, Hunter said removing much of the human element from the training has advantages and disadvantages.

&#8220;It allows for self-paced progress through the training, especially for those who are quick learners,&#8221; the 20-year-old said Tuesday morning. &#8220;But it sounds bad for those who might not be real comfortable learning solely on computers, or working as self- starters.

&#8220;Not everyone is going to learn at the same rate,&#8221; he said, and many &#8220;usually benefit from the one-to-one or face-to-face instruction that comes from a teacher in the old-fashioned classroom setting.&#8221;

The school&#8217;s interactive online course takes place in a classroom; however, students will learn through the virtual office. Facilitators replace instructors; they&#8217;re there to help students navigate through the software.

For more information about A-School for Navy yeomen, visit http://www.nko.navy.mil.