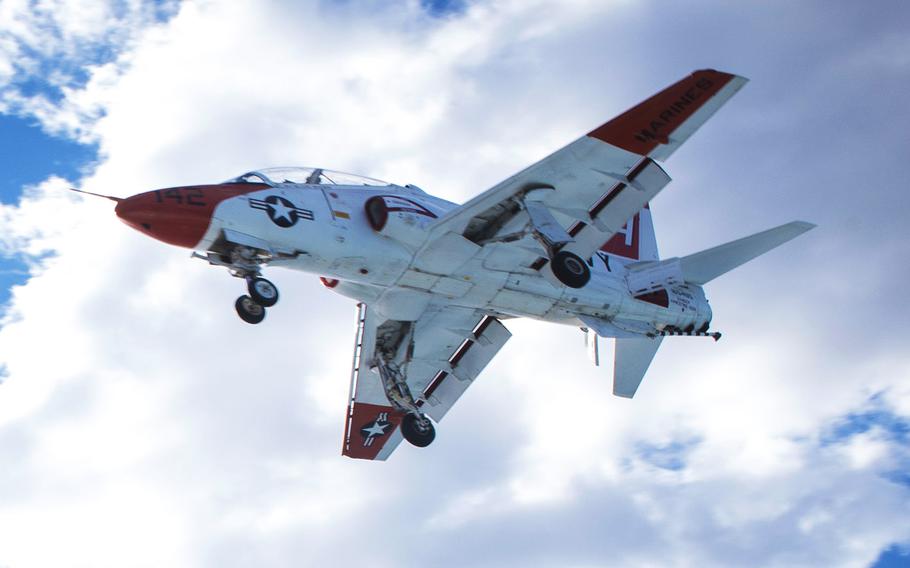 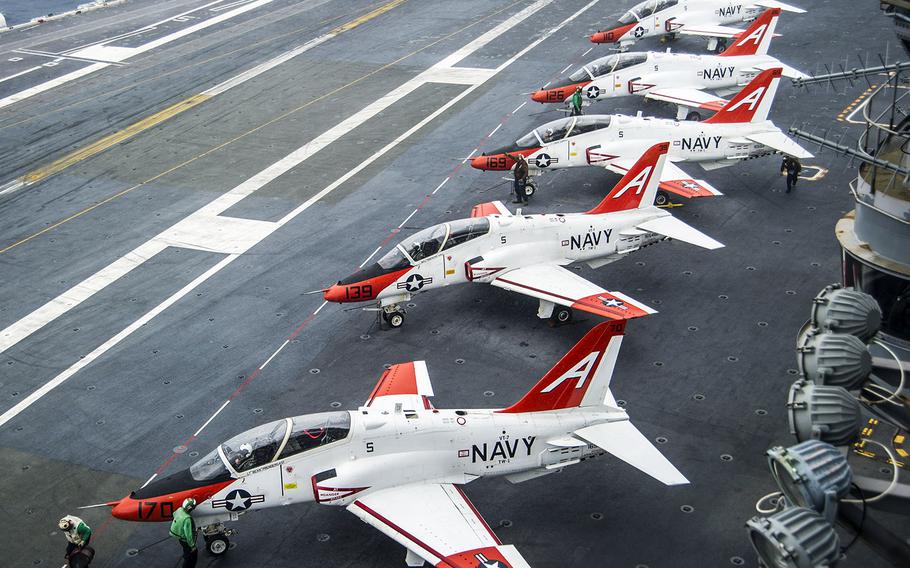 WASHINGTON — Nearly two months after the Navy grounded its fleet of T-45 trainer jets due to cockpit oxygen problems, the aircraft have still not returned to service and the Navy is exploring alternatives, the service’s top aviation commander said Wednesday.

Some T-45 trainer jets have had a malfunction with their oxygen systems, affecting oxygen levels for pilots and causing severe disorientation during flights. An increase in the number of incidents forced the Navy to announce April 5 that the service was grounding all its T-45s. The service has 197.

The grounding, which affected Navy training bases in Kingsville, Texas, Pensacola, Fla., and Meridian, Miss., was lifted April 17, but only for instructor pilots, not students. Instructors have been allowed to fly the T-45s to maintain currency and become familiar with a modified oxygen mask that the Navy intended to use while it worked on a long-term solution to the problem.

Grosklags acknowledged Wednesday that the T-45s still cannot be used for training flights and the Navy was considering alternatives, including pushing some flight training into a later stage of the training program, such as when student pilots advance to their official training squadron, which is composed of actual fleet aircraft, such as F/A-18 jets, that students will eventually fly. But those aircraft are having their own readiness issues and the option would be a last resort, he said.

More so, Grosklags said a request to the Air Force to use some of its trainer aircraft could also have drawbacks.

“I don’t think we’ve talked to the Air Force about that,” he said. “But one of the key things we get out of T-45s is taking our new aviators, our new student aviators to the ship, which we can only do right now in the T-45 or in their next fleet aircraft.”

The service is still reviewing what went wrong with the T-45’s cockpit oxygen systems, Grosklags said. Two potential solutions are installing better warning systems in the cockpit or replacing the current oxygen systems.