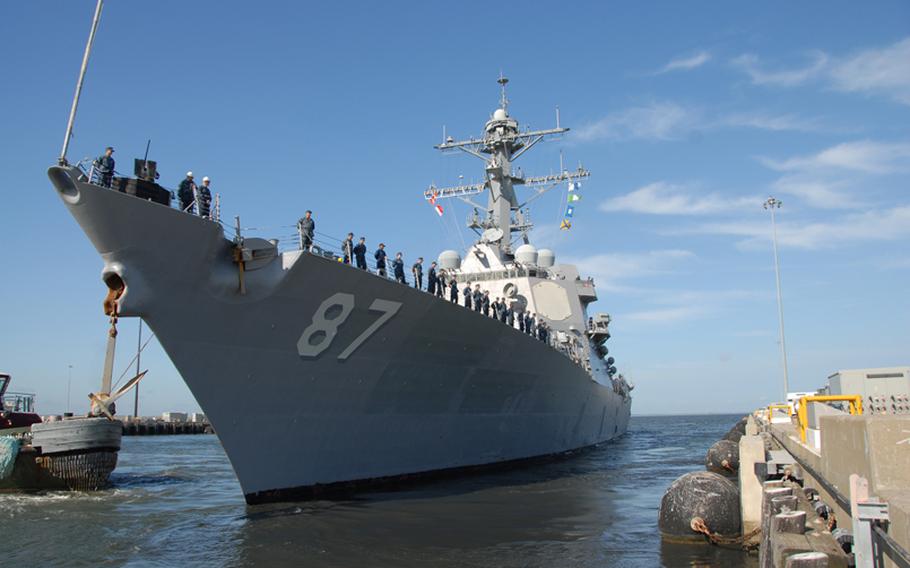 SASEBO NAVAL BASE, Japan &mdash; The Navy wants to be the first U.S. military service branch to deploy cost-effective, high-energy laser weapons capable of burning holes in approaching targets in the air and on the sea.

The Office of Naval Research announced Tuesday it is soliciting bids for solid-state laser weapons that would allow the Navy&rsquo;s surface fleet to counter small unmanned aerial vehicles and boats, a Navy announcement said.

The Arleigh Burke-class destroyer and the Littoral Combat Ship are the primary candidates for an initial fitting.

&ldquo;We&rsquo;re looking for an open systems solution to this war-fighting capability because we believe it&rsquo;s cost-effective and can provide the best value to the government,&rdquo; ONR program officer Peter Morrison said in the Navy statement.

There could be up to four $1.5 million awards for the contract&rsquo;s first phase, which includes development of the proposed concept, the announcement said. Top military contractors Raytheon, Northrop Grumman and Boeing all have directed-energy laser programs. Two designs are expected to be selected to proceed to the next phase, a detailed design of a prototype.

For fiscal years 2013-16, $110 million has been appropriated for the prototype phases.

In a 2011 demonstration, a laser ray gun aboard a decommissioned Navy ship was able to disable a small boat.