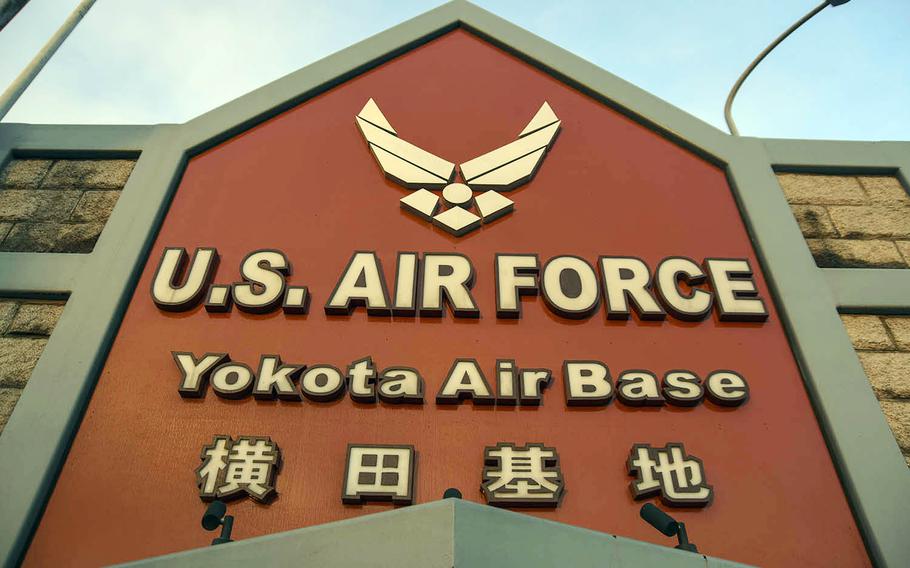 YOKOTA AIR BASE, Japan — The Navy has sent an undisclosed number of sailors from across Japan to this Air Force base in western Tokyo to complete a “restriction of movement” aimed at stopping the coronavirus’ spread, officials said Thursday.

The sailors, who arrived Thursday at Yokota, home of U.S. Forces Japan, 5th Air Force and the 374th Airlift Wing, don’t show symptoms of the virus and were deemed healthy before being taken there in official vehicles, Yokota officials said in a Facebook post Thursday.

“The members will be restricted to the base in private, secure rooms under a strict restriction of movement (ROM) plan for a minimum of at least 14 days,” wing spokeswoman Air Force Capt. Alicia Premo said in an email Thursday. “Appropriate medical and security measures will be in place to ensure strict physical integrity throughout the process.”

Citing operational security and privacy reasons, the Air Force declined to provide the number of sailors at Yokota or to identify which ships they serve on.

However, a message posted to Facebook on Monday by the 7th Fleet, headquartered at Yokosuka Naval Base south of Tokyo, said some of its sailors would be sequestered at several U.S. bases prior to an upcoming deployment.

The sailors are not suspected of having the coronavirus, Premo said.

“Their separation is based solely on distancing them from a geographic area where there have been positive results reported. But, again, out of an abundance of caution we are implementing these physical distancing measures and monitoring their health,” she said.

Across the Navy, 548 service members have contracted the coronavirus. More than half of those are from the USS Theodore Roosevelt aircraft carrier, which diverted to Guam on March 26 as the virus spread among its crew, according to Navy data released Wednesday.

The sailors moved to Yokota have not been tested for the coronavirus, Premo said in her email.

“They will be monitored daily. If a member develops symptoms, they will contact the 374th Medical Group who will evaluate and treat based on clinical evaluation,” she said.

Officials did not disclose exactly where the sailors will stay, but Yokota installation management flight chief Heyward Singleton said last year that the base has five apartment towers designated “contingency quarters” that can be occupied during exercises or emergencies.

Premo said the place where the sailors are staying is “secure, geographically separated from residential centers, monitored 24 hours a day, 7 days a week, and poses no health risk to the outside.”

The sailors will be restricted to their quarters at all times but they are free to communicate with family and friends, according to her email.

“They will receive the delivery of 3 meals a day, provided in-room Wi-Fi service, on-line Morale Welfare and Recreation activities and services as well as internet-connected Medical, Airmen support and Faith services,” she said.

The presence of the sailors won’t impact Yokota’s normal operations, she said.

At least three active-duty sailors in Japan had tested positive for coronavirus by March 27. The Navy has since implemented a policy not to disclose the number of positive cases associated with individual installations. Instead, the numbers are lumped into the overall Navy tallies of sailors that have contracted the virus.

In a message to sailors posted Monday on Facebook, Task Force 70, the battle force of the 7th Fleet, which includes the aircraft carrier USS Ronald Reagan, said they would all participate in “pre-deployment sequestration” with the support of several U.S. military facilities in Japan.

“Before departing PDS lodging, we will be tested for [coronavirus] to ensure we have a ‘bubble of health’ when embarking the ship,” the message said. “We will be monitored and conduct daily medical screenings to protect our health and wellbeing.”