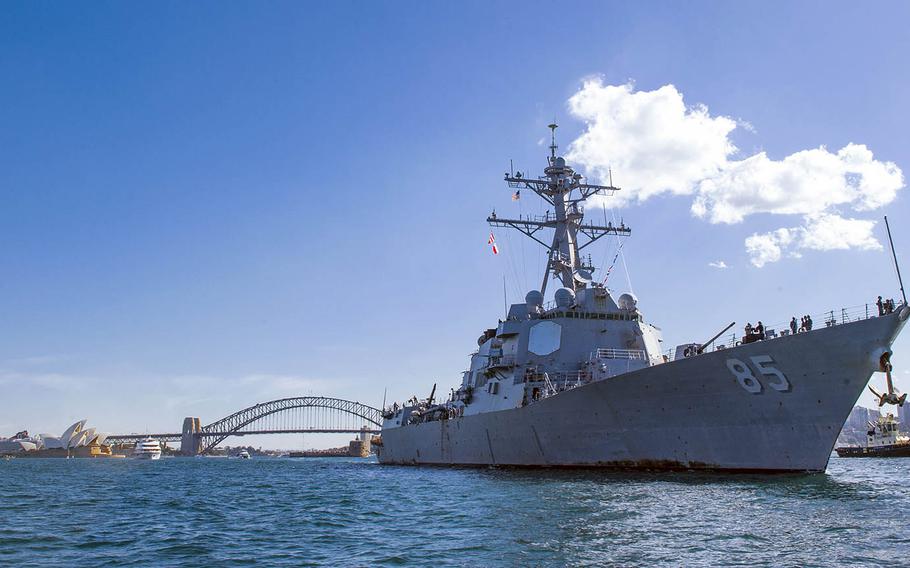 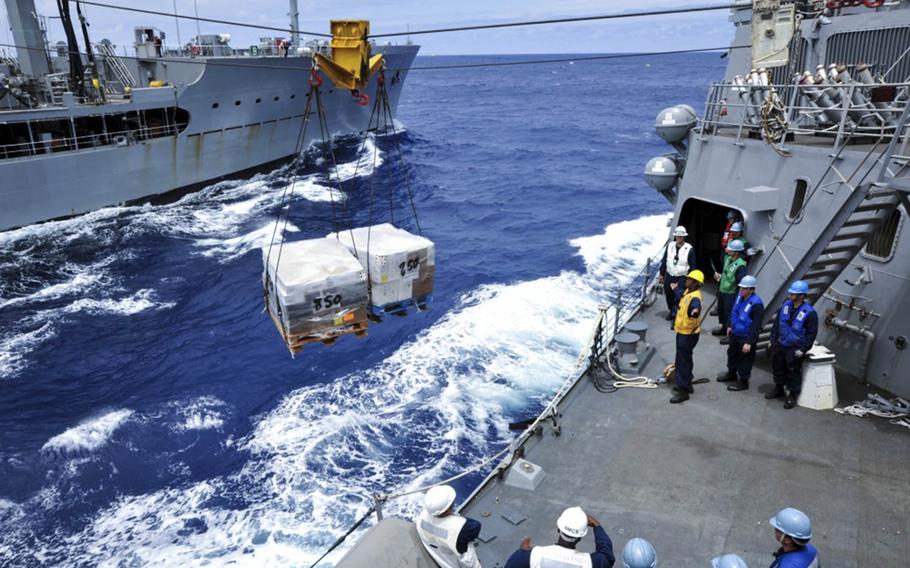 The USS McCampbell conducts a replenishment-at-sea with the fleet replenishment oiler USNS Walter S. Diehl on May 26, 2012. (Declan Barnes/U.S. Navy) 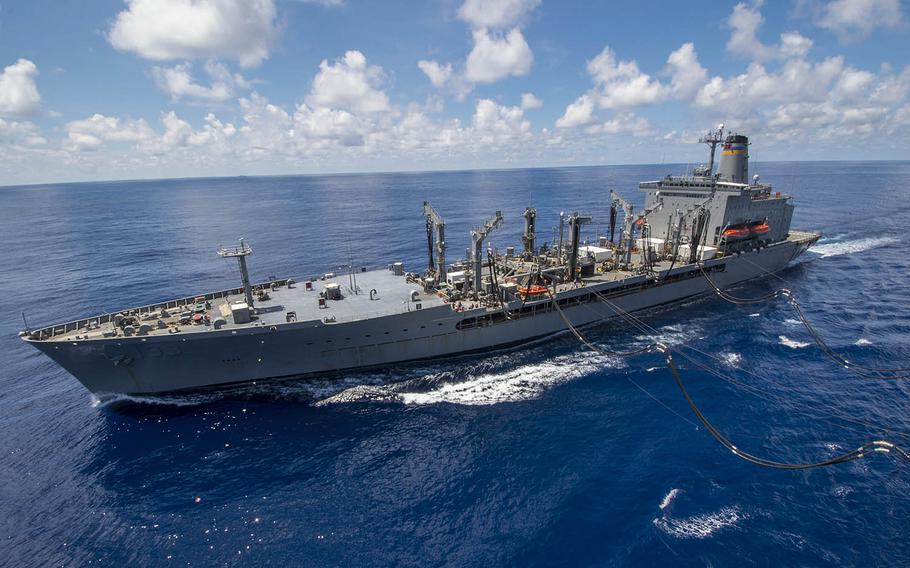 A pair of Navy ships sailed through the Taiwan Strait on Thursday, about a week after a top Chinese military leader warned the United States against meddling in its relations with Taiwan.

“The ships’ transit through the Taiwan Strait demonstrates the U.S. commitment to a free and open Indo-Pacific,” he added. “The U.S. Navy will continue to fly, sail and operate anywhere international law allows.”

The action came a week after Gen. Li Zuocheng, chief of the Chinese military’s Joint Staff Department, warned the U.S. not to support an independent Taiwan during a meeting with the U.S. Navy’s top officer, according to the South China Morning Post.

“If anyone wants to separate Taiwan from China, the Chinese military will safeguard the national unity at all costs, so as to protect China’s sovereignty and territorial integrity,” Li said in a Jan. 15 meeting with Chief of Naval Operations Adm. John Richardson in Beijing, according to the newspaper.

Three days later, Richardson told reporters in Tokyo that he “reiterated very clearly [to Li] that the United States is committed to the One China policy” that acknowledges Taiwan as part of China.

“We remain opposed to any sort of unilateral action on either side of the strait to change that status quo,” he said.

Both China and Taiwan have made military gestures in the past two weeks. Tuesday, the Chinese People’s Liberation Army flew military aircraft close to the island itself and through the channel separating the Philippines and Taiwan’s Orchid Island, according to a report Thursday on The Diplomat website.

A Chinese jet fighter and reconnaissance plane, along with other unspecified aircraft, flew through the channel, according to the report.

That demonstration by the Chinese came a week after the Taiwanese military held a large-scale, live-fire drill, exercising its ability to deter a potential Chinese invasion, the news site reported.

Such exercises and Chinese patrol flights are regular occurrences, The Diplomat reported.

The Navy’s mission Thursday was the first time its vessels have transited the Taiwan Strait this year. In 2018, the U.S. sent warships through the strait in July, November and December.

Before July 2018, a year had passed since a U.S. warship was sent through the strait.

After the Navy’s November passage through the strait, China “expressed concern” to the U.S., according to a translated transcript of a press conference with Chinese foreign ministry spokesman Geng Shuang.

At that press conference, Geng called the Taiwan issue “the most important and sensitive issue in the China-US relations,” according to the transcript.

Speaking with reporters in Tokyo last week, Richardson said operations through the Taiwan Strait should not be interpreted as a provocation toward China or Taiwan.

“We see the Taiwan Strait as another international water, that’s why we do transits through the straits,” he said. “We’re just exercising the rights to pass through those waters in accordance with international law.”

While Thursday’s transit was the fourth since July, more than 10 years have passed since the Navy sent an aircraft carrier through the Taiwan Strait. Richardson said sending a carrier in the future is not out of the question.

“I don’t see any kind of limitation on whatever type of ship that could pass through those waters,” he said. “I wouldn’t say there’s any prohibition to that.”