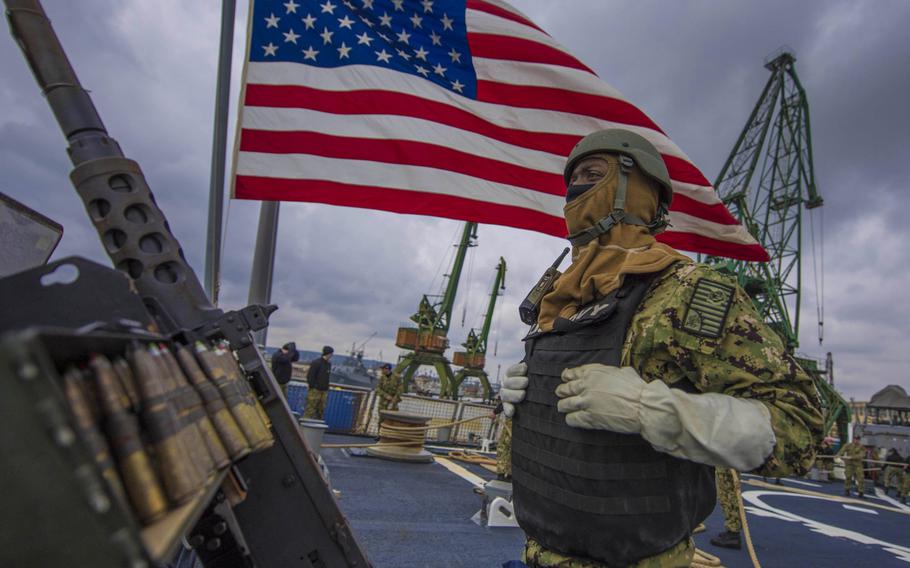 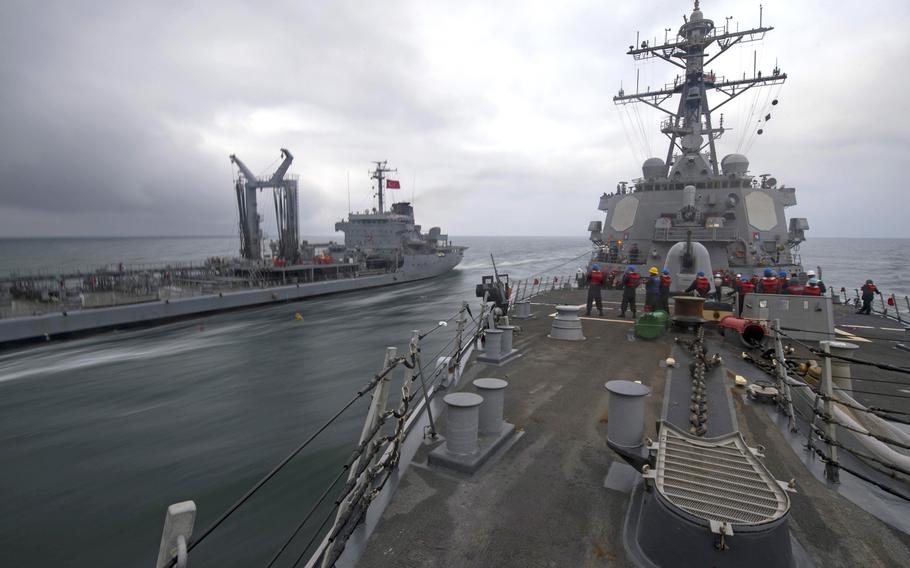 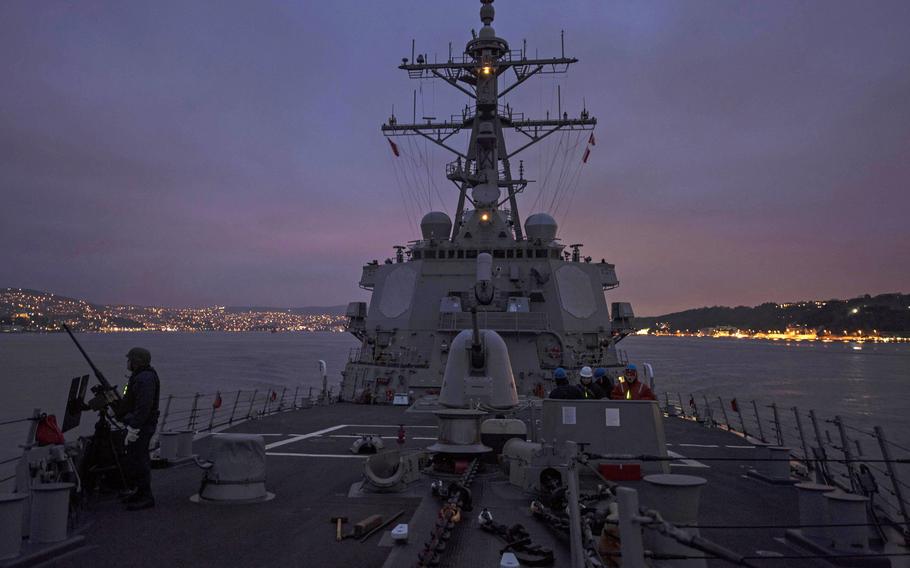 Two American destroyers sailed into the Black Sea over the weekend, the first time since 2014 that more than one U.S. warship has operated in this tense region other than in an exercise.

The destroyers USS Ross and USS Carney are patrolling the sea to help maintain regional security and stability, the Navy said.

“Our decision to have two ships simultaneously operate in the Black Sea is proactive, not reactive,” said Vice Adm. Christopher Grady, 6th Fleet commander, in a statement Sunday. “We operate at the tempo and timing of our choosing in this strategically important region.”

Russia has viewed U.S. ships transiting these international waters as provocative, ever since Moscow annexed Ukraine’s Crimean Peninsula in 2014.

The U.S. is sending a message that it will defend its allies, uphold maritime laws and protect its offshore interests in Europe and Asia, said Jim Holmes, Naval War College professor of strategy.

The U.S. has sent destroyers into the Black Sea more often in the past year as Russia has deployed more naval forces. But the last time two U.S. warships conducted a security patrol there was during the 2014 Sochi Winter Olympics, just before Russia annexed Crimea.

Two warships have been present in the Black Sea for multinational exercises, such as last year’s Sea Breeze and Sea Shield.

Beefing up patrols is a way of telling adversaries the Navy has bounced back after some high-profile accidents, Holmes said. The destroyers USS John S. McCain and USS Fitzgerald collided with commercial ships in separate incidents last year, resulting in the deaths of 17 sailors and forcing the Navy to review many of its procedures.

“Yes, we have some remedial work to do on the fundamentals, but we won’t surrender our ideals or interests while we do it,” Holmes said.