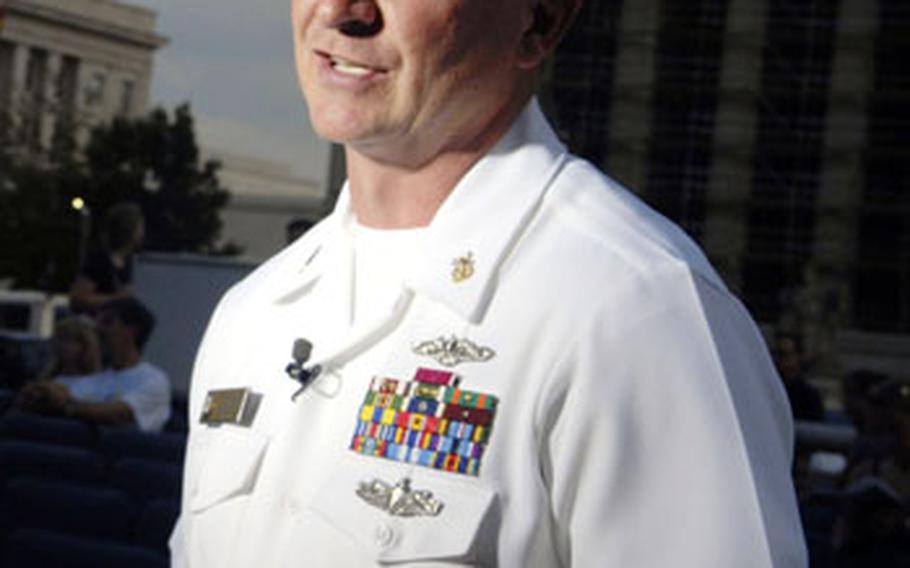 Fleet Master Chief Rick West, U.S. Fleet Forces Command, at the U.S. Navy Memorial in Washington, D.C., has been chosen to become the Navy’s next Master Chief Petty Officer. He will assume the duties of the top enlisted sailor Dec. 13. (Courtesy of the U.S. Navy)

Currently at U.S. Fleet Forces Command, West will assume the duties of the Navy&#8217;s top enlisted sailor on Dec. 13.

"Master Chief West has the experience, insight and confidence to continue to provide me that which I need to hear, not want to hear," Roughead said. "He will have that degree of access and trust. I look forward to working closely with him in all that is ahead."

Before coming to Fleet Forces Command, West served as fleet master chief for U.S. Pacific Fleet, according to the Navy Administrative Message, or NAVADMIN.

In other previous assignments, he served as force master chief, U.S. Submarine Force, U.S. Pacific Fleet; command master chief in the USS Preble, a destroyer based in San Diego; and chief of the boat in the USS Portsmouth, a now decommissioned Los Angeles-class submarine.

West was traveling Monday and not available for comment.

Campa recently told Stars and Stripes that his successor should remember that he is first and foremost a chief petty officer.

For more information, go to NAVADMIN 349/08 at: www.npc.navy.mil