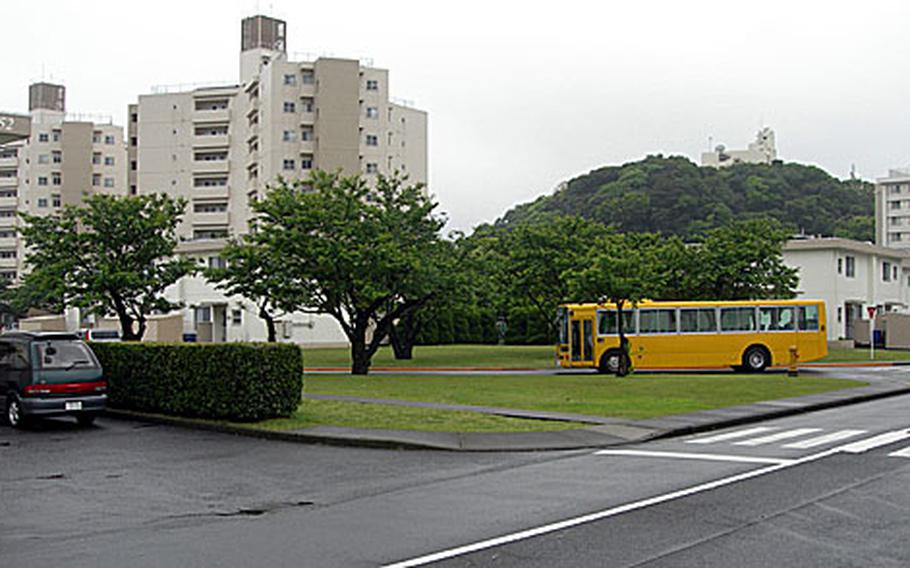 Gridley Lane on Yokosuka Naval Base is the scene of an assault and robbery. A Yokosuka spokesperson warned people living on and walking around Gridley Lane to exercise caution and be on the lookout for any suspicious activity. (Chris Fowler / S&S)

YOKOSUKA NAVAL BASE, Japan &#8212; Navy investigators are searching for three men suspected in an assault and robbery of a sailor on Yokosuka Naval Base last month, base officials say.

The attack took place on Gridley Lane shortly after midnight April 27, according to the Naval Criminal Investigative Service, which announced Thursday it was seeking the public&#8217;s help in finding the men.

NCIS posted wanted signs of two of the men in public areas throughout the base Thursday as well as inside of housing towers surrounding Gridley Lane.

The posters offer a $500 reward each for information leading to the arrest of the two, both 18.

NCIS released no other details on the robbery or the name and condition of the sailor.

Nor did NCIS and base officials respond to queries about why the announcement was coming three weeks after the incident.

&#8220;We are asking for community assistance in identifying the alleged perpetrators of the assault,&#8221; Yokosuka spokeswoman Michelle Stewart said in a news release.