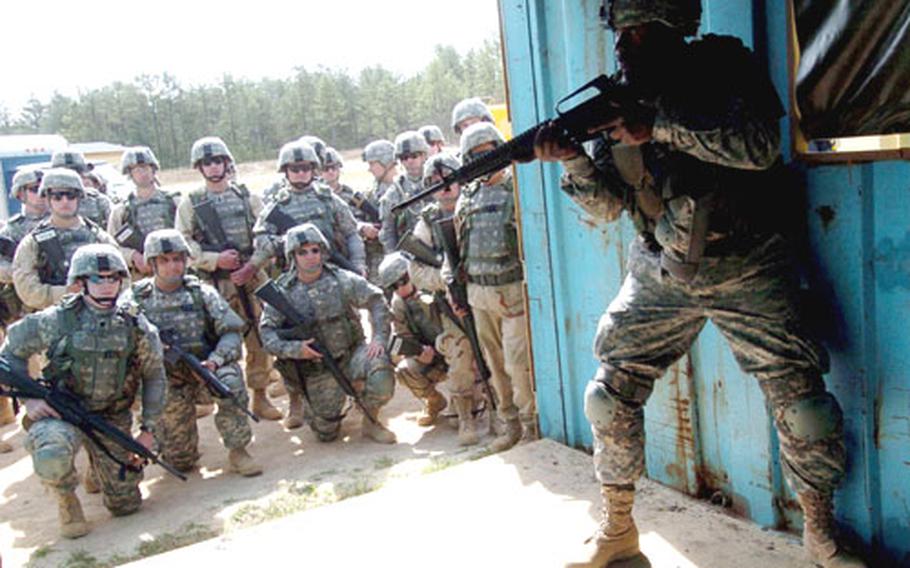 Petty Officer 1st Class Brian Hooverson&#8217;s most recent deployment to the Middle East as an individual augmentee meant he was downrange as a sailor in a sea of Army green.

If he had problems with his pay or evaluations, he had to contact his command in Naples, Italy.

&#8220;It was a long process. For me, it worked, but it just wasn&#8217;t efficient or convenient,&#8221; Hooverson, a military dog handler stationed at Naval Support Activity Naples, said of his six-month deployment to Iraq in 2005.

That went better than his 2002 deployment to Saudi Arabia, from which he received no evaluation and where, for the first four months, his hazardous-duty pay didn&#8217;t kick in.

To alleviate such problems, the Navy is creating a unit to better track sailors who deploy as individual augmentees, rather than whole units &#8212; ensuring they are taken care of from the time they receive deployment orders until they return home, said Capt. Jim Wilson, commanding officer of the newly formed Expeditionary Combat Readiness Center.

The center&#8217;s contact information is provided to sailors directly on their orders, Wilson said. Information also is available by pulling up the Navy Personnel Command&#8217;s Web site at www.npc.navy.mil/channels and selecting the individual augmentee (IA) option on the right. Users will have to have a Navy Knowledge Online account to access information.

The center will serve as a one-stop shopping spot to take care of sailors&#8217; concerns that might otherwise fall through the cracks, Wilson said.

The staff will track IAs mainly while those sailors still are in the United States, making sure they receive the proper training and equipment to do the job downrange, and that all their documentation is in order.

The center&#8217;s staff, too, will work closely with Naval Forces Central Command and the IA detachments set up in Iraq, Kuwait and Afghanistan.

With a fiscal 2006 budget of $2.5 million, the center will have 72 sailors when fully operational by Sept. 1, Wilson said. The center is headquartered in Little Creek, Va., but will have teams set up at 12 U.S. Army training sites around the United States where sailors are being trained.

There are about 8,000 naval individual augmentees either gearing up for, serving in, or on their way back from the Central Command region, which includes Iraq, Afghanistan, and the Horn of Africa.

The center falls under the service&#8217;s new Navy Expeditionary Combat Command, created in January to manage the more than 40,000 active-duty and reserve sailors in units frequently on the move around the world, such as construction battalions, better known as the Seabees; explosive ordnance disposal units; Naval Coastal Warfare units; and the Navy Expeditionary Logistics Support Group, Maritime Civil Affairs Group, an Expeditionary Security Force and a reborn Navy Riverine Force.