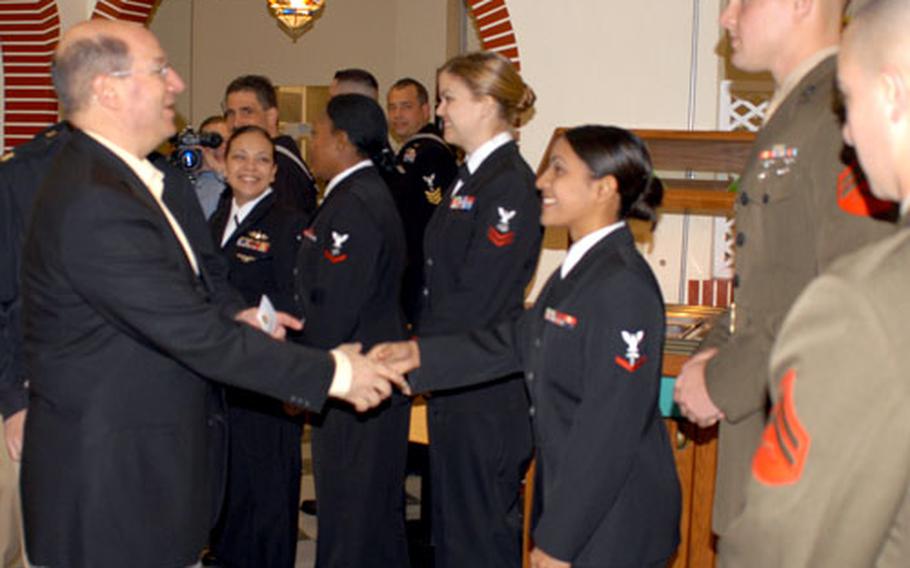 Secretary of the Navy Donald C. Winter made a quick swing through Naval Station Rota, Spain, this week, the final stop on his first Middle East trip.

Winter, who took over his post in early January, made the stop on the way back from a six-day trip to the Middle East, where he visited sailors and Marines on ships in the Persian Gulf and at bases in Kuwait, Bahrain and Iraq.

While there, he assessed the morale of sailors and Marines, checked conditions and examined equipment used by sea service personnel in the region, according to the secretary&#8217;s public affairs office.

Each of the re-enlisting sailors received a commemorative coin from Winter.

At least four of the sailors, Hughes said, were re-enlisting for the first time.

Winter, the 74th Navy secretary, also had breakfast with a handful of sailors at the base galley before flying back to the U.S.