Lt. Michael P. Murphy, from Patchogue, N.Y., was killed during a reconnaissance mission in June, 2005, in Afghanistan. (U.S. Navy photo)

Lt. Michael P. Murphy, from Patchogue, N.Y., was killed during a reconnaissance mission in June, 2005, in Afghanistan. (U.S. Navy photo) 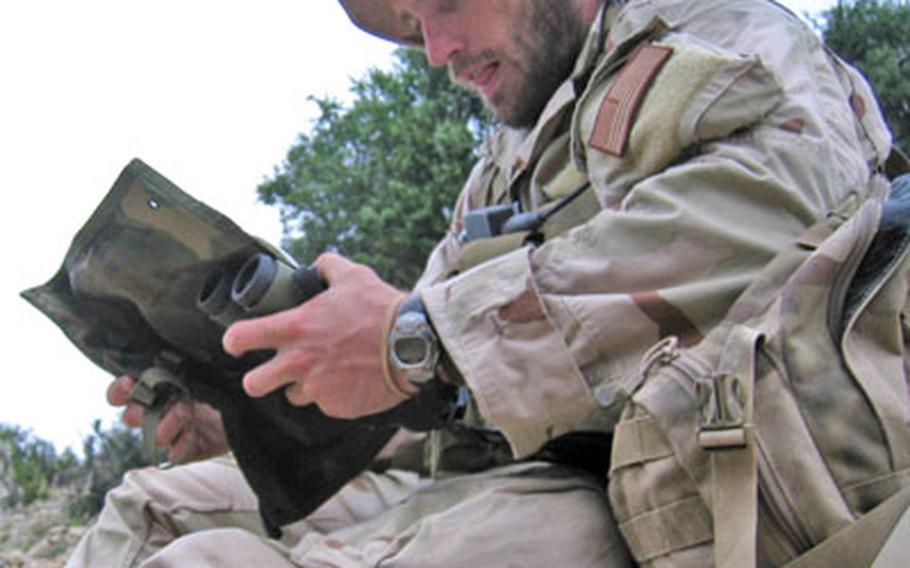 ARLINGTON, Va. &#8212; A Navy SEAL killed in Afghanistan will be awarded the Medal of Honor, according to the Navy.

Lt. Michael P. Murphy is the first U.S. servicemember to be awarded the Medal of Honor for service in Afghanistan, and the third to receive the award for service in the war on terrorism.

Murphy, originally from Patchogue, N.Y., and 29 years old at the time, was one of three SEALs killed on June 28, 2005, after their team was discovered by the Taliban.

The SEALs had come across local goat herders whom they released and who may have told the Taliban where the SEALs were. In the ensuing firefight, the SEALs faced a much larger force of Taliban fighters.

Murphy left his protected position to radio for backup, exposing himself to enemy gunfire, a Navy news release said.

Although Murphy was successful in getting a Quick Reaction Force dispatched to the scene, the backup team&#8217;s helicopter was shot down, killing all 16 troops aboard.

The SEALs continued to fight, but in the end, Murphy and two other SEALs were killed.

&#8220;By his undaunted courage, intrepid fighting spirit and inspirational devotion to his men in the face of certain death, Lt. Murphy was able to relay the position of his unit, an act that ultimately led to the rescue of Luttrell and the recovery of the remains of the three who were killed in the battle,&#8221; the news release said.

Luttrell was awarded the Navy Cross for his actions that day, as were two of the SEALs who were killed: Sonar Technician 2nd Class Matthew Axelson and Gunner&#8217;s Mate 2nd Class Danny Dietz.

Murphy&#8217;s Medal of Honor will be presented to his parents at an Oct. 22 ceremony at the White House.

On Thursday, Murphy&#8217;s family issued the following statement: &#8220;We are thrilled by the President&#8217;s announcement today, especially because there is now a public recognition of what we knew all along about Michael&#8217;s loyalty, devotion and sacrifice to his friends, family, country and especially his SEAL teammates.

&#8220;The honor is not just about Michael, it is about his teammates and those who lost their lives that same day.&#8221;

Two other servicemembers have posthumously received the Medal of Honor for the war on terrorism, both for service in Iraq: Marine Cpl. Jason Dunham, who died after jumping on a grenade in April 2004; and Army Sgt. 1st Class Paul Ray Smith, who was killed in April 2003 at Baghdad International Airport after killing up to 50 Iraqi attackers to allow wounded U.S. troops to be evacuated.