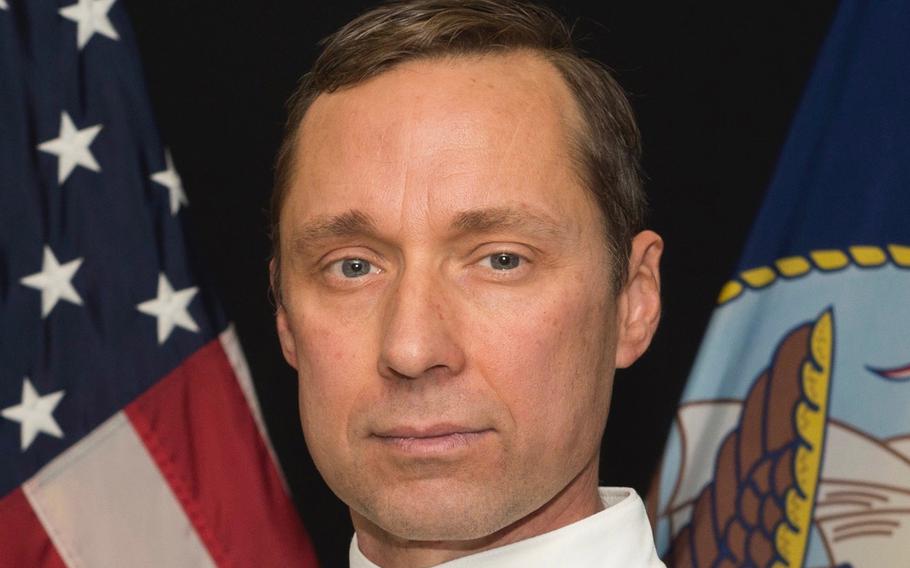 Retired Navy Master Chief Petty Officer Britt Slabinski will be awarded the Medal of Honor on May 24, 2018 for his actions in March 2002 during the Battle of Takur Ghar in Afghanistan. (U.S. Navy)

A retired Navy SEAL who led a daring rescue attempt for a stranded teammate up an Afghanistan mountain in 2002 will be awarded the Medal of Honor on May 24, the White House announced Monday.

Retired Master Chief Special Warfare Operator Britt Slabinski, who was then a senior chief, “repeatedly exposed himself to enemy fire as he engaged in a pitched, close-quarters firefight against the tenacious and more heavily armed enemy forces,” the announcement said.

Slabinski was a team leader assigned to a joint task force, and in the pre-dawn hours of March 4, 2002, he led a reconnaissance team to an observation area atop a 10,000-foot mountain.

From that snow-covered vantage point the team was to help support a major coalition offensive against al-Qaida forces in the valley below, the announcement said.

But enemy fighters, hidden in the tree lines and rocks, opened fire with rocket-propelled grenades and rifles as the team arrived by helicopter.

Petty Officer 1st Class Neil Roberts fell out of the helicopter as it hovered about 10 feet above the ground, according to a 2016 New York Times account of the firefight. The aircraft was so badly shot up that it had to return to the valley.

From there, Slabinski “boldly rallied his remaining team and organized supporting assets for a daring assault back to the mountain peak in an attempt to rescue their stranded teammate,” the announcement said.

Unknown to the team, Roberts had already been killed by the enemy, the New York Times said.

Slabinski led his six-man joint team up a snow-covered hill in a frontal assault against two enemy bunkers under intense fire coming from three directions.

Radioman John Chapman, an Air Force technical sergeant, was wounded during that assault and later died.

The team was too close to the enemy for air support to be used, and “after several teammates became casualties, the situation became untenable,” the announcement said.

He maneuvered the team to a defendable position, directed air strikes in very close proximity to the team and requested reinforcements.

As daylight broke, the enemy was able to more accurately pinpoint the locations of Slabinski’s team with mortar fire, forcing them to move farther down the sheer mountainside.

Slabinski enlisted in the Navy in 1988 and became a SEAL in 1990, according to the White House. He completed nine overseas deployments and 15 combat deployments in support of the Global War on Terrorism, including Operations Enduring Freedom and Iraqi Freedom.

Slabinski would be the 15th servicemember to receive the Medal of Honor for actions in Afghanistan since the U.S. invaded the country in the wake of the Sept. 11, 2001, attacks on the World Trade Center towers and the Pentagon.