Navy SEAL killed in fight against al-Shabab militants in Somalia 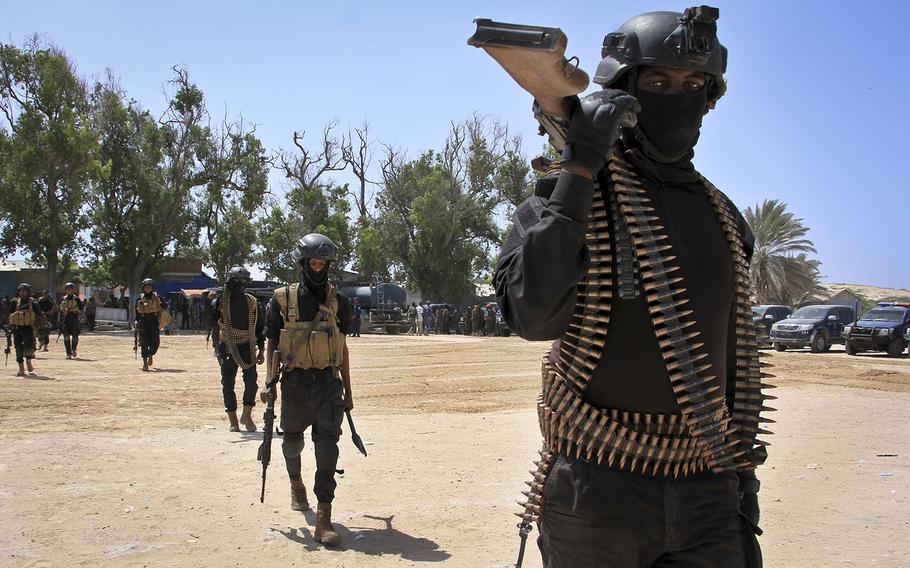 Somali soldiers prepare to secure the capital on the eve of presidential elections, at a police academy in Mogadishu, Somalia Tuesday, Feb. 7, 2017. (Farah Abdi Warsameh/AP)

Somali soldiers prepare to secure the capital on the eve of presidential elections, at a police academy in Mogadishu, Somalia Tuesday, Feb. 7, 2017. (Farah Abdi Warsameh/AP) 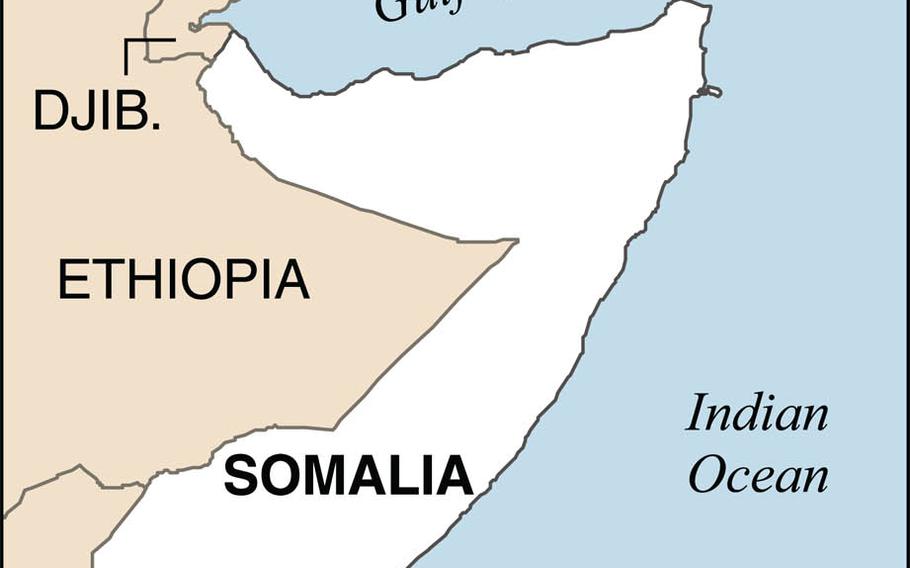 The SEAL is the first American servicemember killed in action in Somalia in decades, said Navy Capt. Jeff Davis, a Pentagon spokesman, likely since the notorious 1993 Battle of Mogadishu – known as the “Black Hawk Down” incident – during which 18 U.S. military members were killed.

Two other SEALs were injured Thursday in the firefight with the al-Qaida-linked militants during the operation near Barii, about 40 miles west of the Somalian capital, a defense official said. The official was not authorized to identify the service branch to which the U.S. troops belonged and spoke on condition of anonymity.

The American and Somali troops were inserted by U.S. helicopters on the operation that targeted al-Shabab militants believed involved in recent, nearby attacks on American, Somali and African Union troops, Davis said. The Americans were only with the Somalis to “advise and assist” and were not part of the force tasked with entering the compound, he said.

But the Americans were attacked within moments of the helicopters landing outside the compound, Davis said.

The troops did not call in a defensive airstrike, he said, adding “the attackers were quickly neutralized on the ground.”

It was not clear whether the operation continued after the firefight or whether al-Shabab militants were killed or captured.

The United States has contributed small teams of American special operations forces to train and advise Somali National Army and African Union troops fighting al-Shabab in Somalia since 2013. Davis said there are typically about 50 U.S. special operators in Somalia at any time for that mission.

The Pentagon in late March received increased authorities from the White House to target the terrorist group with offensive airstrikes.

Marine Gen. Thomas Waldhauser, commander of Africa Command, told reporters recently the authorities had not been used as of late April.

The operation Thursday was not conducted under the new authorities, Davis said.

“This was not related to those,” he said. “This was done under the same authorities that we’ve had since we began our operations there in 2013 to advise and assist on these types of missions.”

Somalia’s government and the United States have promised to step up operations against al-Shabab, which aims to overthrow the government and install a strict version of Sharia law in the nation.

Somalia’s President Mohamed Abdullahi Mohamed, who holds Somali and American citizenship, has vowed to destroy al-Shabab within the next two years. The terrorist group, which the Pentagon considers al-Qaida’s third most dangerous affiliate, has increased operations against government forces and civilian targets since Mohamed declared war on al-Shabab last month.

“This is a group that has murdered Americans, it has radicalized and recruited terrorists and fighters in the United States and has conducted and inspired attacks against Americans and our interests around the world,” Davis said.

The Pentagon did not identify the fallen SEAL by name on Friday. His family has already been notified, but the Defense Department policy is to wait 24 hours after next-of-kin notification to release names of deceased servicemembers, the defense official said.

The SEAL is the fourth American killed in action in just more than one week. Two Army Rangers, Sgt. Joshua P. Rodgers and Sgt. Cameron H. Thomas, were killed while conducting a raid April 26 against Islamic State militants. The Pentagon is investigating their deaths due to a concern that they might have been struck by friendly fire.