Navy says this year’s CARAT series most complex to date 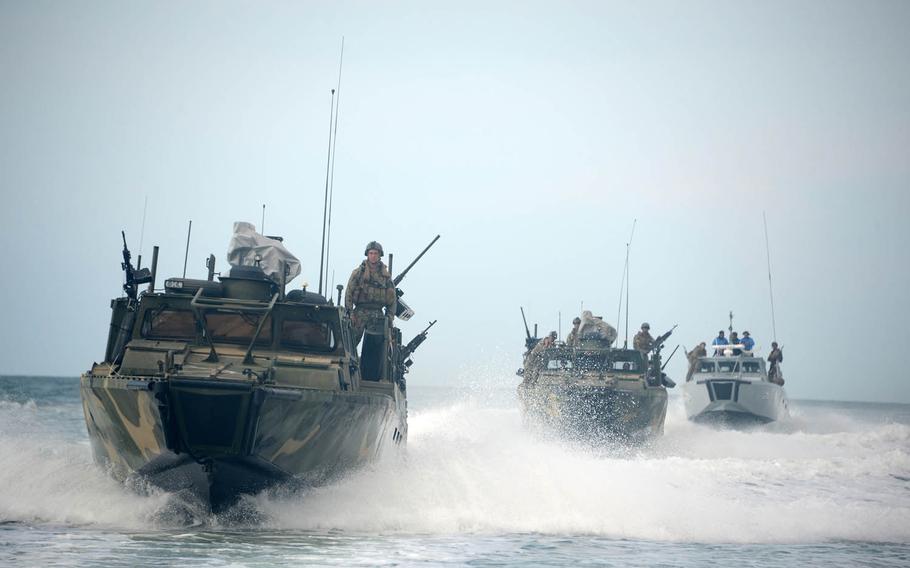 The United States began its 22nd annual Cooperation Afloat Readiness and Training on Wednesday in Malaysia, kicking off a five-month series of exercises with armed forces from nine Southeast Asian countries.

CARAT is the premier naval exercise in South and Southeast Asia and provides a regional venue for partner nations to address shared maritime security priorities and develop sustained partnerships, a Navy statement said.

“Our persistent engagement with our allies and partners through CARAT builds trust and creates strong relationships that endure beyond the exercise series,” said Rear Adm. Charles Williams, commander of the Malaysia-based Navy Task Force 73. “This translates to increased readiness and interoperability that allows us to work closely with navies across the region and enhance cooperative maritime security.”

CARAT’s Malaysian leg is taking place on the ground in Sandakan, a city on the northeast corner of Borneo, and in the waters and airspace above the Sulu Sea, between the Philippines and Malaysia.

CARAT Malaysia’s harbor phase will include an amphibious landing, along with explosive-ordnance and noncombat training. At sea, flight operations training, naval gunnery drills and surface warfare maneuvers are scheduled.

The Navy says this year’s CARAT series will be the most complex to date.

“We’ve been working very closely with the Malaysian armed forces for 22 years as part of CARAT,” said Capt. H.B. Le, commodore of Destroyer Squadron 7. “Over that time we’ve developed a familiarity with each other’s capabilities that allows us to push the envelope with the planning and execution of each exercise, something that is important in such a diverse maritime environment.”

CARAT is mostly a bilateral exercise, meaning the U.S. will work with only one other nation’s forces at a time. After Malaysia, additional bilateral phases are scheduled with Bangladesh, Brunei, Cambodia, Indonesia, the Philippines, Singapore, Thailand and East Timor through November.

Other nations may provide assets or send observers, and some events will be multilateral, involving forces from three or more countries.