Navy says refunds for duplicate charges to come within days 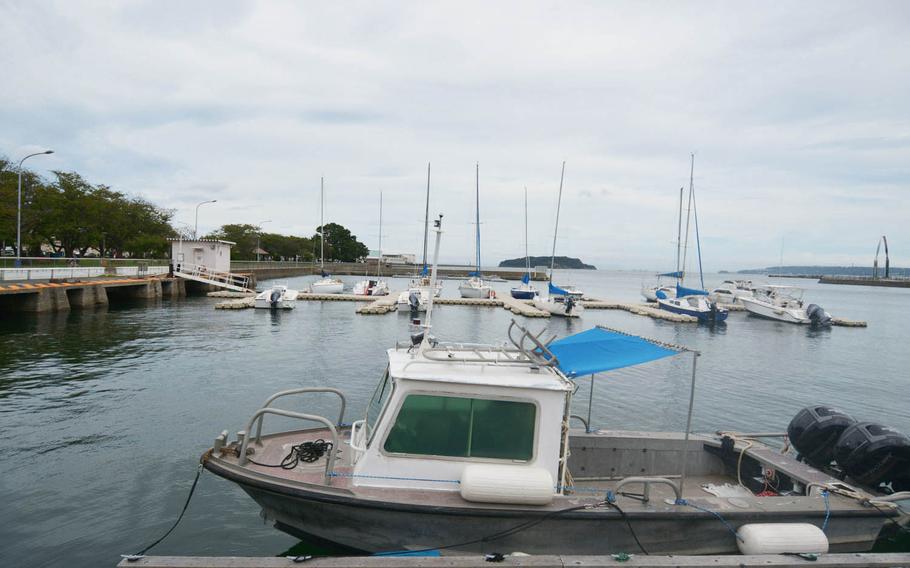 A marina operated by Navy Morale, Welfare and Recreation offers boat rentals at Yokosuka Naval Base, Japan. Thousands of families were wrongly charged in recent days for goods and services they bought at Navy MWR facilities and youth programs between Jan. 22 and June 23, 2016. (Tyler Hlavac/Stars and Stripes)

Senior Chief Petty Officer Tracey Griffin’s alert that the Navy had made a big financial mistake came this week when her husband contacted her from aboard the USS John S. McCain as it pulled into Da Nang, Vietnam.

Why, he asked, didn’t they have any money?

Griffin, now stationed at Naval Base Norfolk, Va., called her banks and found $3,800 in duplicated charges spread across three accounts.

The Griffins are among thousands of families wrongly charged a second time for goods and services they bought at Navy Morale, Welfare and Recreation facilities and youth programs between Jan. 22 and June 23.

Navy officials on Wednesday said the duplicate charges were spotted after a computer system update this past weekend, and that refunds would be issued within two days.

“It’s definitely not ideal, but we’ll make it work,” Griffin said. “It actually was a really big nightmare. We had a mortgage payment come out at the same time.”

The duplicate charges came at child care centers, tour ticket offices and a variety of base stores in Japan, Guam, South Korea, Singapore and at the Naval Postgraduate School in California.

However, the Navy’s transient nature means many of those affected have since moved on and may not have the same bank accounts from January.

“The number of charges in our region alone is in the thousands,” Navy Region Japan spokesman Cmdr. Ron Flanders said Thursday. “People as far away as Jacksonville, Fla., are getting bills from MWR Japan.”

Those affected are being told to wait for the refunds to go through before making further claims. However, it appeared Thursday evening that some of the initial refunds haven’t been correctly made.

“Some of the accounts that have been refunded have seen duplication of the reimbursement, which has resulted in over-compensation,” Capt. Hans Sholley, commander of Naval Base Guam, wrote on his base Facebook page. “This compounds the issue by necessitating … additional withdrawals to reconcile the accounting.”

In the meantime, the Navy-Marine Corps Relief Society is offering assistance to servicemembers, dependents or retirees with emergency needs.

The society can issue a no-interest, $500 loan upon approval within 15 minutes, said Christina Sexstella, relief services assistant at Yokosuka Naval Base, Japan.

The society has received calls and interest but hasn’t seen a rush for help so far, she said.

However, sailors said Thursday that need could increase if refunds take longer than anticipated.

“It’s a lot harder on the junior sailors,” said Chief Petty Officer Gregory Nelson. “You have sailors who depend on that steady paycheck.”

Nelson had just walked out of Community Bank on Thursday where he notified staff about $260 in duplicate charges.

He suggested the Navy could issue refunds and then seek reimbursement from financial institutions, rather than leave sailors and their families waiting.

Sailors and families also remain concerned about the overdraft fees they incurred because of the duplicate charges.

Griffin said that USAA filed a fee refund claim after she explained the situation, but that Navy Federal Credit Union only said during a phone call that it would look into the situation.

Navy MWR said Thursday that it would reimburse any overdraft fees not covered by banks. Those affected can submit documentation to local MWR departments, or via email.

Navy officials are also responding to questions related to the duplicate charges on the Naval Forces Japan Facebook page.