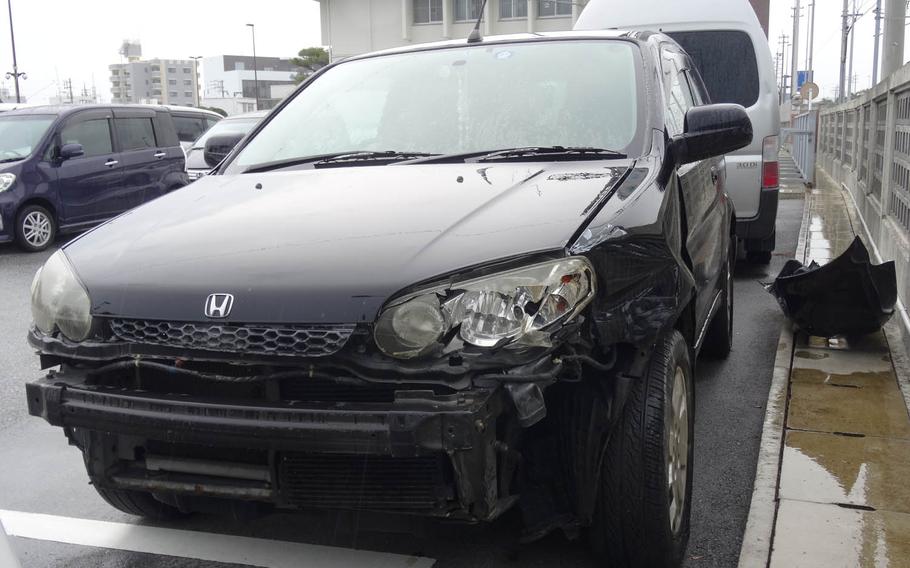 Aimee Mejia, a Navy petty officer second class assigned to Navy Munitions Command at Kadena Air Base, has been accused of driving drunk and crashing into two cars while going the wrong way on an Okinawa highway and could face up to 15 years in prison. (Chiyomi Sumida/Stars and Stripes)

CAMP FOSTER, Okinawa — Charges have been filed against a Navy sailor whose wrong-way crash triggered sweeping travel and alcohol restrictions for servicemembers on Okinawa.

Aimee Mejia, a 21-year-old Navy petty officer second class assigned to the Navy Munitions Command at Kadena Air Base, was charged with dangerous driving resulting in injuries Friday by the Naha District Public Prosecutor’s Office, an office spokesman said. If convicted, she could face up to 15 years in prison under Japanese law.

Mejia’s arrest could not have come at a worse time for U.S. forces stationed in Japan, especially in the southern prefecture of Okinawa following the March arrest of a Navy sailor for the rape of a Japanese woman and the arrest in May of a former U.S. Marine in connection with the brutal slaying of a local woman.