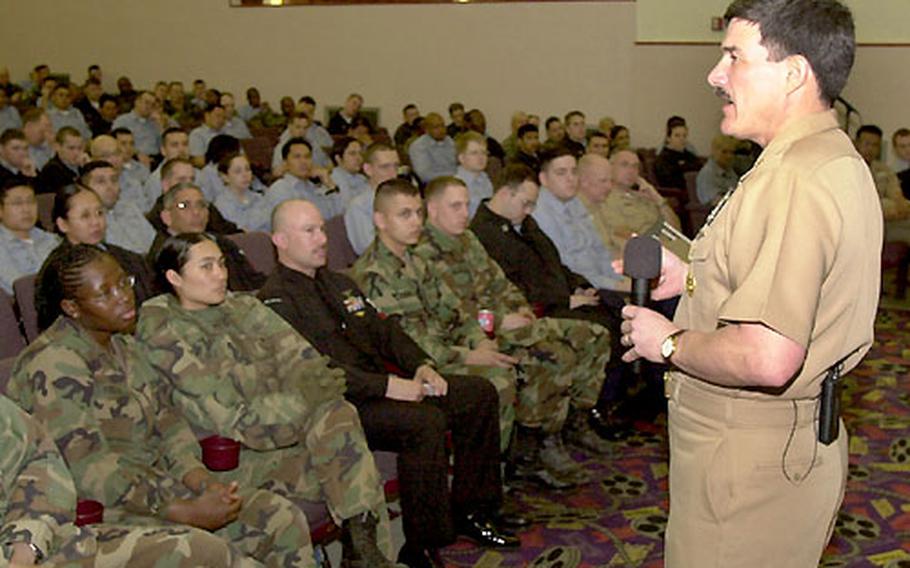 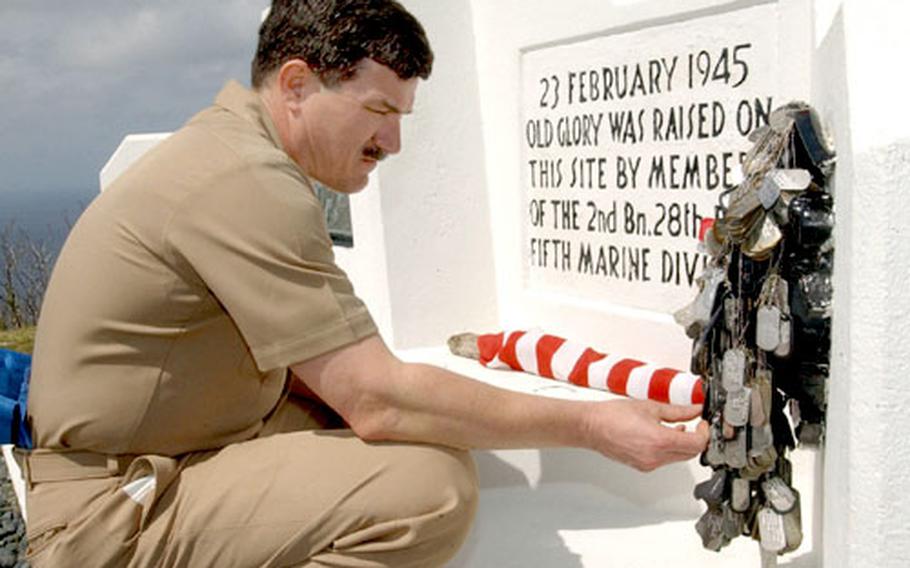 Master Chief Petty Officer of the Navy Terry D. Scott reads the dog tags of U.S. servicemembers who have visited the monument built to honor the Marines who died during the battle of Iwo Jima. (Michael A. Damron / Courtesy of U.S. Navy)

&#8220;Where&#8217;s your Navy today with respect to that campaign?&#8221; asked Master Chief Petty Officer of the Navy Terry D. Scott, during an all-hands call at the base theater.

Since Oct. 7, 2001, when combat operations rolled out after the Sept. 11 attacks, &#8220;we&#8217;ve been engaged just about everywhere, and most recently, starting on Wednesday,&#8221; Scott added, referring to Operation Iraqi Freedom.

The current ops tempo is costing a lot of money, in steaming and flight hours, forcing the Navy to make some tough decisions when it comes to funding various programs, Scott said.

Most sailors appeared somber at talk of the war, but they had other issues on their minds, too.

For instance, Petty Officer 2nd Class Glendon Turner, a cook in the galley, asked whether the Navy had any plans to make its tuition-assistance program equitable with other services.

Scott said the Navy is also experiencing some funding constraints for permanent changes of station.

There may be some relief in sight, Scott said: The Bush administration is asking Congress for supplemental budget increases.