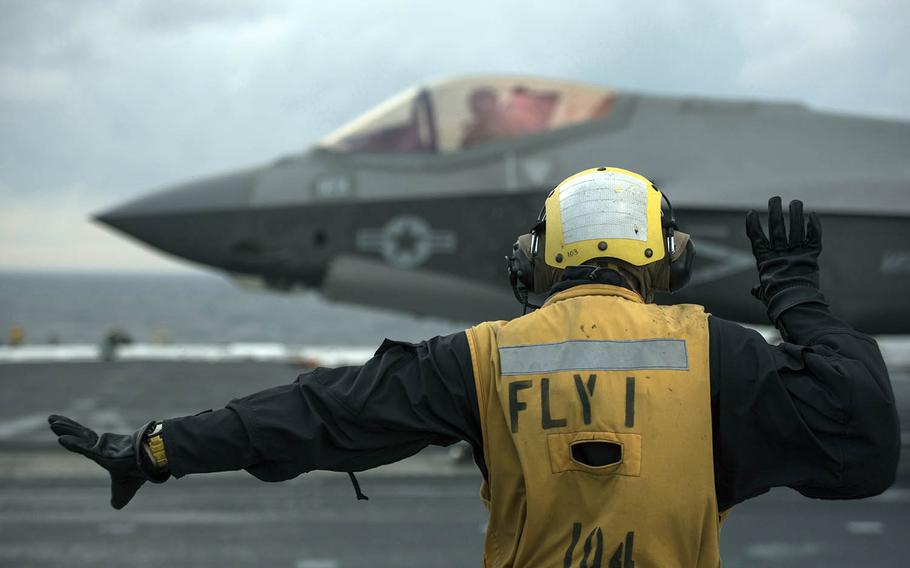 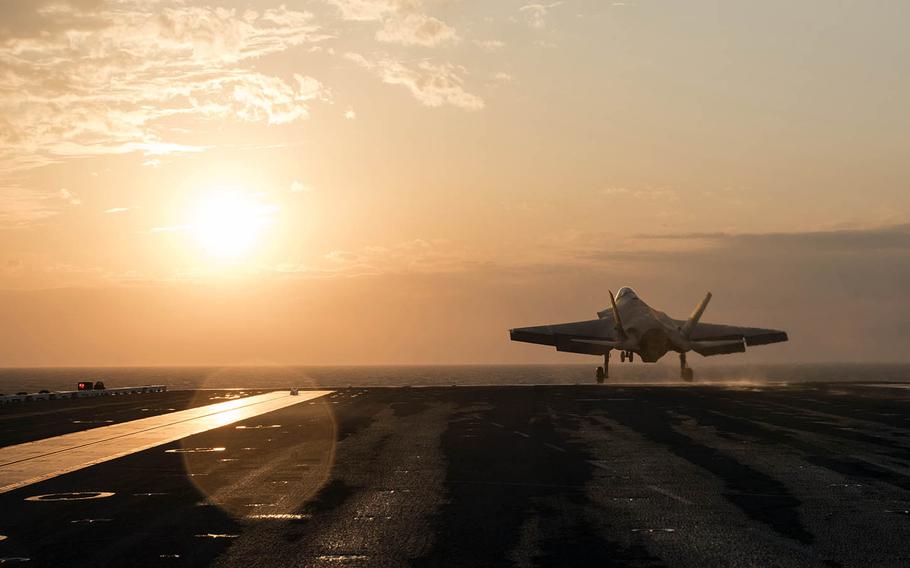 The F-35C Lightning II has completed fleet carrier qualifications — a step that brings the Navy’s variant of the joint strike fighter closer to operational status.

Pilots from Strike Fighter Squadrons 125 and 101 ran day and night qualifications with 140 arrested landings aboard the USS Abraham Lincoln March 17-21 in the Atlantic Ocean.

Three F-35 variants cater to the needs of each service branch. The Air Force’s F-35As — designed for traditional take-offs and landings — are lighter and can carry more fuel, while the Marine Corps’ F-35Bs are capable of short takeoffs and vertical landings that make them compatible with amphibious assault ships such as the USS Wasp.

The F-35C can land on ships using arrest cables and take off with catapults found on carriers. It also has foldable wings, which the Navy said is “critical” for their use on aircraft carriers that can hold more than 70 aircraft, including 18C Hornets, 18G Growlers and 18E/F Super Hornets, E-2D Hawkeyes and C-2A Greyhounds.

The fighter can land in all weather conditions using its joint approach and landing system, which a squadron aboard the Abraham Lincoln first used with F-35Cs in December. The GPS-based system provides pilots with more information for approaches so they can land in rain or shine.

During their latest deployment, sailors worked with the F-35C’s autonomic logistic information system, which transmits up-to-date data to users around the world so operators can “plan, maintain and sustain F-35C systems,” the Navy said.

“It’s shaping up to be a fantastic aircraft. As with any program, there are always complexities in getting it fielded, but we are working through those,” he said in a statement. “This aircraft is very capable and it’ll be really neat to watch it develop.”

As the Navy works to integrate the new jets into its current rotation of aircraft, some pilots — such as Lt. Nick Rezendes of VFA 101 — are interested in taking on the new challenge. He qualified on the F-35C aboard the Abraham Lincoln last week.

“My original platform is the Hornet, which I’ve flown for the past three years,” he said in a Navy statement. “I wanted to switch to flying the Navy’s newest aircraft, and now that I have, I wouldn’t mind sticking with it for the rest of my career.”

The F-35C will undergo operational testing later this year, said the Navy, which aims to equip all carrier air wings with F-35Cs by 2025.

The F-35C program has drawn scrutiny over its cost, estimated at more than $1 trillion for operations in its expected 60-year life span. That price makes the aircraft most expensive weapons system the Defense Department has ever had.