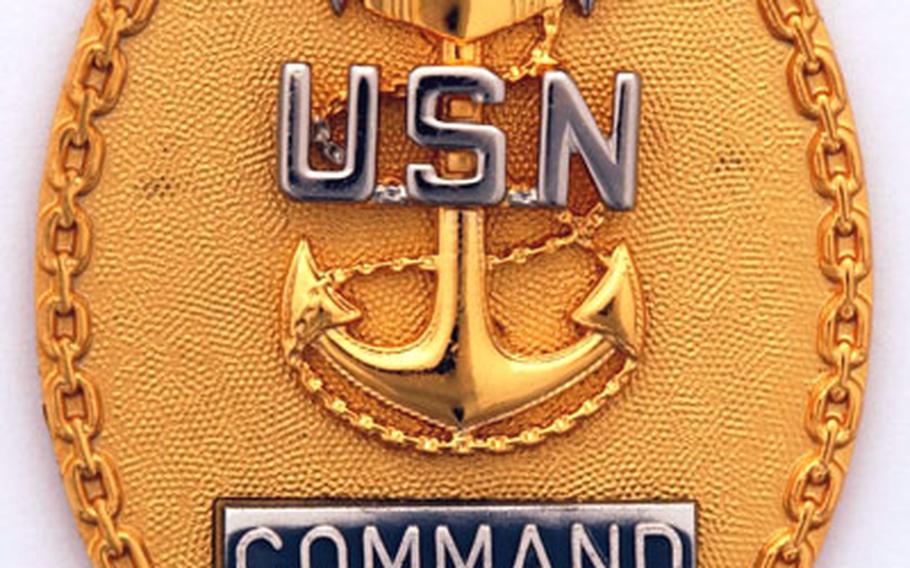 The command master chief (CMC) badge has been returned to its traditional location on the Navy uniform. (Courtesy of U.S. Navy)

ARLINGTON, Va. &#8212; The Navy has reversed a 2004 policy that changed where senior enlisted sailors could wear their command master chief identification badges.

In 2004, the Navy moved the badge from the left to right breast pocket and made it smaller to make it more like what officers wear, said Master Chief Petty Officer of the Navy Joe Campa.

This month, the Navy returned to the pre-2004 policy on where the badge can be worn, as outlined in NAVADMIN (Navy Administrative Message) 274/06.

The Navy also decided to allow noncommissioned officers in charge of smaller commands to wear the badge as well, Campa said. Campa said the badge is a symbol of chiefs&#8217; connection with sailors and leaders.

For more information, go to: www.npc.navy.mil