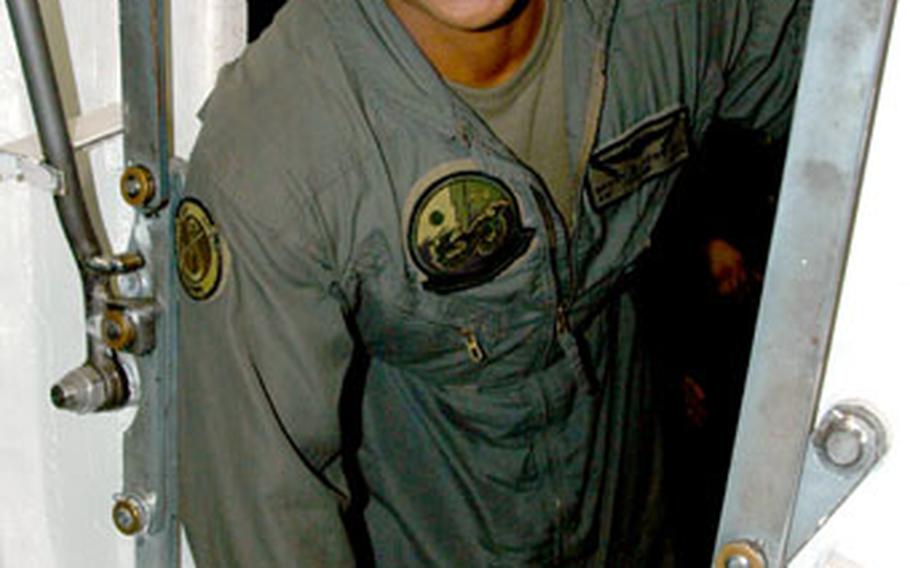 ABOARD THE USS ENTERPRISE &#8212; He grew up in Detroit, the nation&#8217;s automotive capital, far from the ocean, but by age 18, Petty Officer 2nd Class Brent P. Blackwell knew he wanted to be a search and rescue swimmer in the Navy.

Currently embarked with his squadron aboard the USS Enterprise in the Arabian Sea, Blackwell flew his first combat missions in Iraq in June.

No swimming was called for in Iraq, but Blackwell rescued a sailor during his last cruise with the USS Enterprise in 2004.

The thrill-seeking gene apparently runs in the family. Blackwell&#8217;s identical twin, Brennan, does the same job in the Navy, just in a different-model helicopter and for a different squadron, Helicopter Squadron Light 46 at Naval Station Mayport, Fla.

The brothers enlisted shortly before Sept. 11, 2001, as part of a buddy program, where they could stay together all the way through boot camp. That included about two years of aircrew, rescue swimmer and aviation warfare school before they split up, Blackwell said.

Prior to becoming a naval aviation warrior, Blackwell said the most dangerous thing he had done was swimming with sharks in the Bahamas and skydiving.

The adrenaline rush is comparable to flying combat missions, even rescuing a sailor in the open sea, he said: &#8220;You never know what&#8217;s going to happen.&#8221;