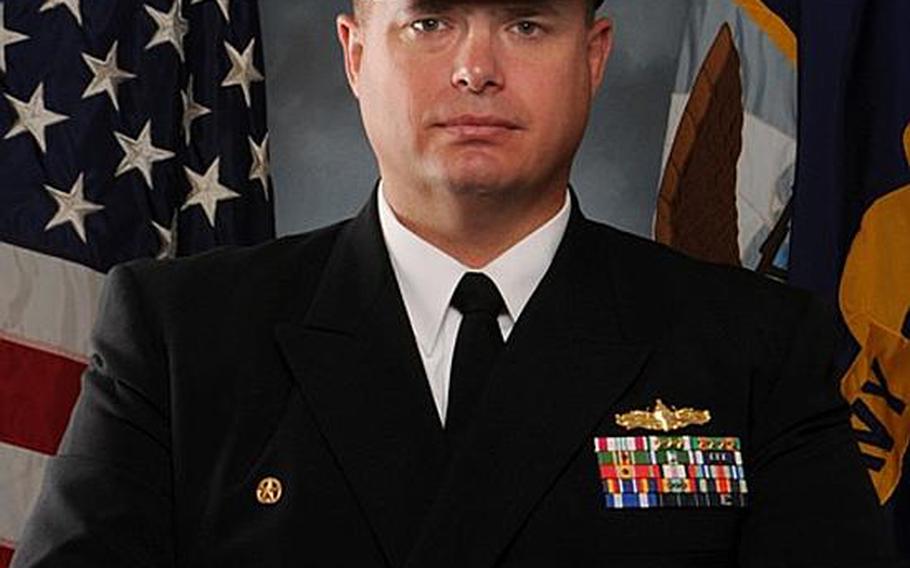 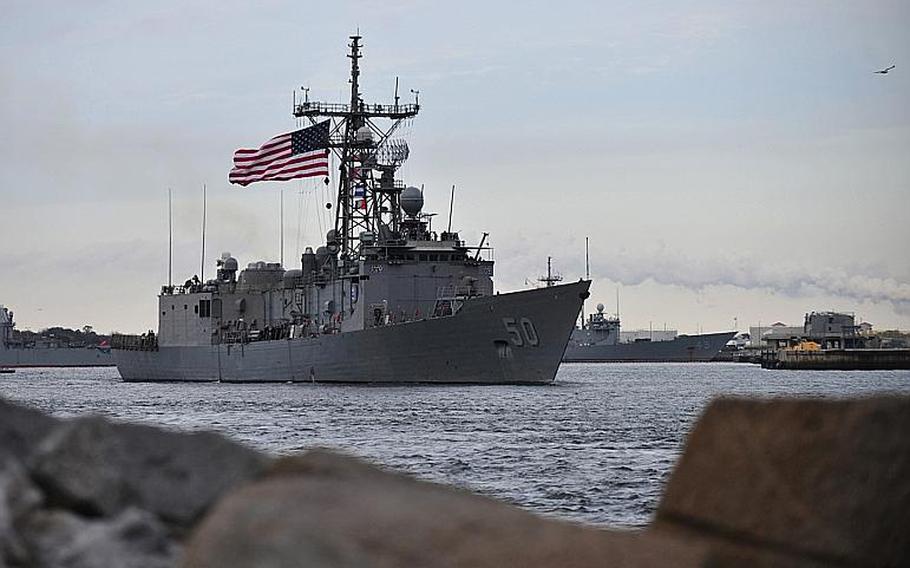 The guided-missile frigate USS Taylor departed Naval Station Mayport, Fla., on Jan. 8, 2014, for a seven-month deployment to the U.S. 5th and 6th Fleet areas of responsibility. On Tuesday, the Taylor's commander, Cmdr. Dennis Volpe, was relieved after the ship ran aground Feb. 12, 2014, in the Black Sea. (Marcus L. Stanley/U.S. Navy)

NAPLES, Italy — The Navy relieved the commander of the USS Taylor on Tuesday, about two weeks after the Florida-based frigate ran aground in the Black Sea.

Cmdr. Dennis Volpe was relieved by Capt. Jim Aiken, commander of Task Force 65, which controls surface ships in the Navy’s 6th Fleet waters in the Mediterranean and Atlantic. A preliminary inquiry into the grounding resulted in a “loss of confidence” in Volpe’s ability to command, according to a 6th Fleet news release.

Volpe was temporarily reassigned to the staff of Destroyer Squadron 14 in Mayport, Fla., Taylor’s homeport. His duties as commander of the Taylor are to be assumed by Cmdr. Chris Cigna until a permanent replacement can be found, according to the release. A full investigation into the grounding is underway.

The Taylor ran aground on Feb. 12 as it attempted to moor in the Turkish port of Samsun. No one was injured in the incident, and the ship was later able to complete the maneuver without further problems. The ship remains in Samsun for damage inspection and repair, according to Cmdr. Phil Rosi, a spokesman for 6th Fleet.

The Taylor and the USS Mount Whitney, an amphibious command ship and the 6th Fleet flagship, entered the Black Sea on Feb. 4 on what the Navy said was a routine and pre-scheduled deployment to the region. The Taylor was scheduled to continue on to 5th Fleet waters in the Middle East. The Pentagon announced the deployment in January, after terrorist groups threatened to disrupt the Olympic Games in Sochi, the resort town on Russia’s Black Sea coast.